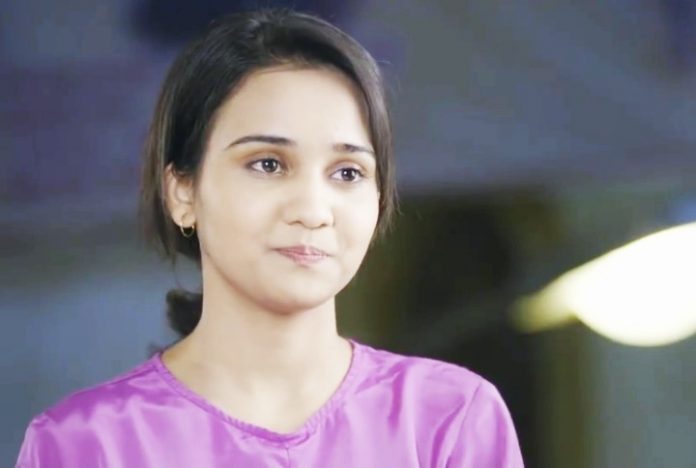 Naina’s big decision in Yeh Un Dinon Ki Baat Hai: Sameer and Naina’s wedding rituals begin. The marriage is due to happen on the fixed date. There can’t be any other hurdle in their marriage. Bua likes Sameer and is happy that Naina is marrying him. Bua is teaching a lesson to Rakesh, who is posing a problem. Sameer and Naina want to stay happy together. Naina takes a big decision. She gives her Kanyadaan rights to Anand and Bela, who has raised her with love and also doing parents’ duty towards her. Anand and Bela try to convince Rakesh to participate in the marriage happily. Naina pays the due respect to Anand and Bela. They have always supported her and also understood her love for Sameer.

Aapke Aa Jane Se:
Pankti leaves from the mandap and tricks her mum. Her mum wanted Pankti to sit in mandap and marry Sahil. Pankti gets Vedika in the mandap. She makes Sahil marry Vedika. Sahil and Vedika get married by all the rituals. The suspense ends. Pankti’s mum asks her what did she do. Pankti tells her that she can’t separate Vedika and Sahil. She asks her mum not to threaten of suicide. Sahil and Vedika get happily married, and take pictures with their family. They get everyone’s best wishes. Pankti finds the family united and happy. She doesn’t want to come between them.

Kasautii Zindagii Kay:
Komolika learns about Navin’s interest in Prerna. She finds a way to separate Anurag and Prerna. Navin doesn’t want them to stay happy in their lives. He wants to kidnap Prerna and take her away. Komolika joins hands with Navin. She wants to unite Mishka and Anurag. She doesn’t want Prerna to come between their happiness. Komolika takes Prerna’s challenge and is hell bent to ruin her happiness. Navin brings back his evil ways to target the lovers Anurag and Prerna. Navin and Komolika’s deadly evil combo will be something tough to fight.

Roop:
Roop and Ishika’s love story has started. They spend time while working together and helping Kamla. Roop seems distracted. Ishika wants Roop to stay happy. Ranvir’s brother Samridh plots against Roop and Ishika. He wants Kamla’s company to lose the contract. Roop wants Kamla to become independent. Roop and Ishika pack the pickles and dry snacks to fulfill the contract. Samridh wants to swap the products so that Kamla’s new business gets ruined.

Krishna Chali London: Veer also decides to give it back to Shukla for the humiliation he has faced. Veer throws a grand party and invites all the rich people of Kanpur. Veer makes sure that Shukla comes for the party. He knows that Shukla is responsible for his insult and thinks its the best way to slap Shukla. Shukla attends the party on the minister’s insistence. He didn’t know that Veer has become a wild tiger to attack him. He wanted to break Veer’s confidence so that Veer could go back to London.

Shukla fails to ruin Veer’s courage. Veer gets insulting Shukla by catching his weakness of illiteracy. He gets some people with him to pose tough questions regarding the newly built hospital, which Shukla can never answer. Krishna finds Shukla getting humiliated by Veer and his guests. She takes a stand for Shukla like a dutiful daughter-in-law.

Guddan Tum Se Na Ho Payega:
Guddan and Akshat celebrate Republic day with family in a theme park. They learn about the terrorist attack. They find the bomb and defuse it. Guddan saves her bahus’ lives as well. They help the police and get applauded for their bravery.

Main Maayke Chale Jaungi:
Jaya returns home and sheds tears while telling Satya that Jai is a bad person. Satya asks her if she is coming in Samar’s words. Jaya tells her that Jai had spiked her drink and tried to misbehave with her, but she has dealt with him well. Satya is angry on Samar. She asks Jaya why didn’t she call her to scold Jai. She asks Jaya was she with Samar. She wants to know what happened between Jaya and Samar. Jaya tells her that she doesn’t remember anything. She apologizes to Satya for her mistake. Satya turns disappointed with Jaya. Samar meets Satya and tells them that Jaya was intoxicated and fainted, nothing happened between Jaya and him. He defends Jaya’s character.