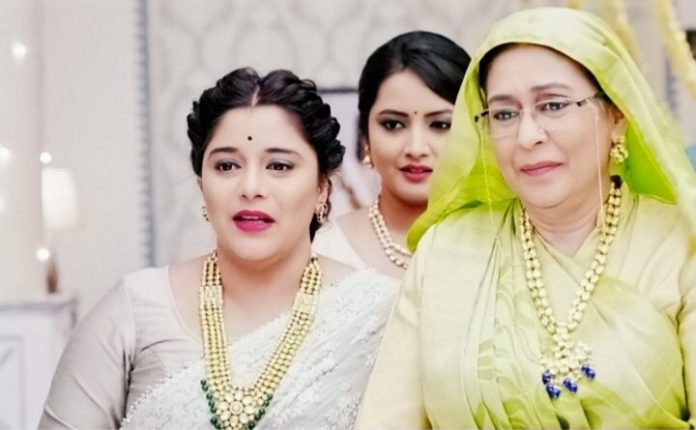 Yeh Rishta Aditya barges into Singhania family. Kartik and Naira learn that the baby has gone missing right from the house. Naira sees Lav and Kush sleeping and wonders who knows about the baby. Aditya makes an entry in Singhania house with the police. He comes there with a plan. Aditya takes permission from police and tries to apologize to Naksh. Aditya surprises everyone by apologizing to them. He tells them that he hasn’t done anything intentionally. He tells Naksh that even he didn’t realize his mistake before. He wants Singhanias to forgive him. He wants to lessen his guilt. Bhabhimaa asks Aditya to get away from Naksh and Kirti’s lives. She tells him that she has forgiven him. Aditya gets happy to get their forgiveness.

Dadi and Surekha come home and learn that the baby is missing. Manish too gets a huge shock knowing this. Naira gets fainting with the thought that someone has kidnapped her baby. Kartik tells them that maybe Leela has done this since they they have refused to give her loan. Naksh tells the family that Aditya’s lawyer was recording Aditya’s apology to lessen his punishment. He scolds Aditya and tells him that he will not spare him ever. He doesn’t want Aditya to get any forgiveness. Inspector gets raging that Aditya has misled him. He takes Aditya back in custody. Kartik worries for unconscious Naira.

He wonders why is destiny taking their test. They inform Singhanias about Naira. Naksh and family arrive to help Kartik and Naira. They realize that Leela is missing. Naira gains senses and gets to see Leela returning home. She charges Leela with the blames and asks her to tell them where is the baby. Leela tells them that she haven’t done anything, she has left the baby with them. She tries to clear their confusion. Kartik asks Leela to tell them about the baby. Naira is sure that Leela took their baby.

Kartik begs Leela to return the baby. The family asks Kartik to scold Leela than begging her. They check the security footage and realize that Leela has sneaked out of the house with some bag. They ask her if she has taken baby in the bag. Leela defends herself. Kartik tells her that she is greedy and that’s why she has taken the money. Manish gets willing to pay her money. Kartik asks Leela not to take revenge on them. He asks Leela if she will blackmail him about the secret. He gets blurting out the truth and feels sorry to play with their emotions. He breaks down and apologizes to Naira in advance. He tells Naira how he was shattered, he was helpless and just Leela knows the secret.

He says Leela has come there to take advantage of his helplessness. He scolds Leela. Naira asks him what step did he take that night when he found the loss of one baby. Kartik decides to express the truth to Naira. Naira hears the baby crying and runs to see. She finds the baby with Lav and Kush. Everyone gets a relief. Naira feels sorry to blame Leela for no reason. Kartik too repents for his mistake. They apologize to Leela. The problem comes over Kartik when Naira asks him about the secret which just Leela knows about. Kartik gets speechless and changes his mind when things get fine.

Leela helps him again and lies to the family again. She tells them that if she tells them, his guilt will get down. She lies to them convincingly and tells how Kartik has undergone the wave of sorrow. She asks Kartik to mend things and try to find happiness. Naira knows Kartik will never wish bad for anyone. She asks him not to think anything wrong. Kartik asks her if she will stand by him instead of blaming him, knowing his different decision. Naira promises to be with him. She decides to bring Kirti home and organize baby’s Naamkaran ceremony.