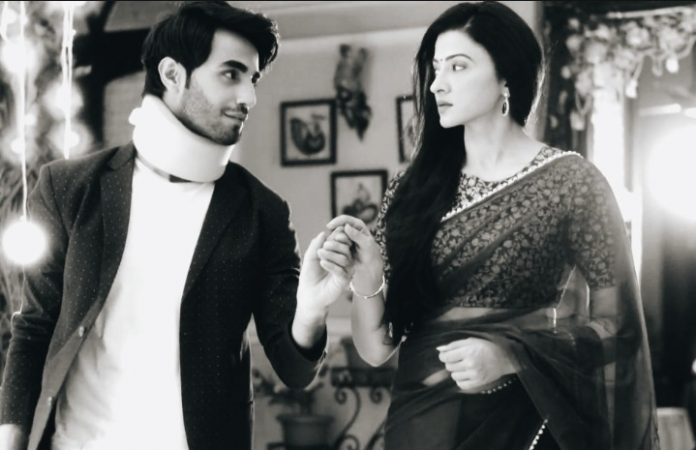 Aapke Aa Jane Se Vedika ousts Sahil. Vedika decides to leave Agarwal mansion. She takes her children again and tells the family that she is leaving. Sahil, Pankti and entire family try to stop Vedika. Pankti tells Vedika that its someone’s plan against them. She asks Vedika not to let the enemy win by leaving. Manjula and Badi Amma don’t want Vedika to ruin the marriage. Vedika can’t lower her self-esteem and leaves. Vedika is in doubt over Sahil and Pankti. Sahil tries to convince Vedika. She can’t forget Sahil and Pankti’s odd situation. She wants Sahil to make Pankti out of the life if he is saying the truth. Sahil comes to meet her at her house to convince her. Arya tells him that Vedika doesn’t want to talk to him. She can’t expect that Sahil has back stabbed Vedika’s life.

She tells him that she doesn’t deserve to be in their lives. Sahil doesn’t leave without meeting Vedika. He stands at the gate and shouts to Vedika. The locality people complain about Sahil. Police reaches there and asks Sahil to leave without causing troubles to others. Sahil refuses to go.

Inspector threatens to arrest him. Vedika intervenes and stops Sahil’s arrest. She apologizes to inspector and tells that Sahil is her husband, not any cheapster. She sends the police. She asks Sahil to just leave. Sahil tells her that Pankti isn’t safe outside and he can’t throw her out. Vedika gets angry on his refusal and rejects Sahil’s apology. Sahil and Vedika are right on their stand.

Arya is hurt seeing Sahil denying. She asks Sahil how can he break their trust and choose Pankti over them. She also scolds Sahil, just like Vedika does. Vedika loves Sahil a lot. She wants to forgive Sahil for his mistake. She feels Sahil should start thinking about their family. Vedika and Arya oust Sahil from their house. They don’t want to talk to Sahil until he gets rid of Pankti. Arya consoles Vedika and asks her to focus on the baby. Vedika wishes the baby gets Sahil’s love.