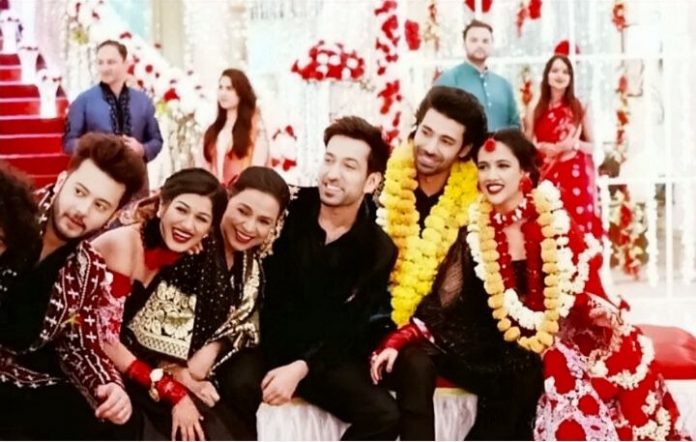 Ishqbaaz Double Trouble. Bua breaks Shivani and Angad’s alliance, knowing Oberoi family is hiding truth all the time. She feels the family is filled by bunch of liars, who always come up with dramas to hide their weaknesses. She doesn’t want to believe Oberois again. She tells them that one by one, their lies are getting known, she can’t take it anymore. She calls the family sick physically and mentally too. She removes Angad’s ring and returns to Shivani. She snatches ring from Shivani. Shivaansh blames Mannat for the bad happening. He tells her that she has hurt his sisters and crossed all the limits. He calls her unlucky for them. He tells her that she has always created troubles for him, he didn’t reprimand her before and tolerated everything, but he won’t tolerate if she troubles his sisters.

He shouts on her for bringing problems in Shivani’s marriage. His state gets critical after shouting much. Khanna worries for him and takes him away. Shivaansh wants to hurry up and set everything right in his family before time runs out.

Shivaansh learns that he is very soon going to die. He doesn’t know what has fate kept in store for him. He gets emotionally low seeing the increasing problems in his family. He wants to solve the mess before he passes out. Shivaansh cries on his bad fate. Khanna asks him not to take any tension, which will be proved more fatal for his heart condition. Shivaansh wants to find the culprit behind Radhika’s kidnapping. He doesn’t realize that Radhika’s kidnapping was done to steal his new will from the safe. Mannat tries to alert Shivaansh about the stolen safe, but Varun comes up with a plan to restore the real safe in its place. Varun tricks Shivaansh just for checking the will. Will Shivaansh find the intruder enemy in family? Keep reading.