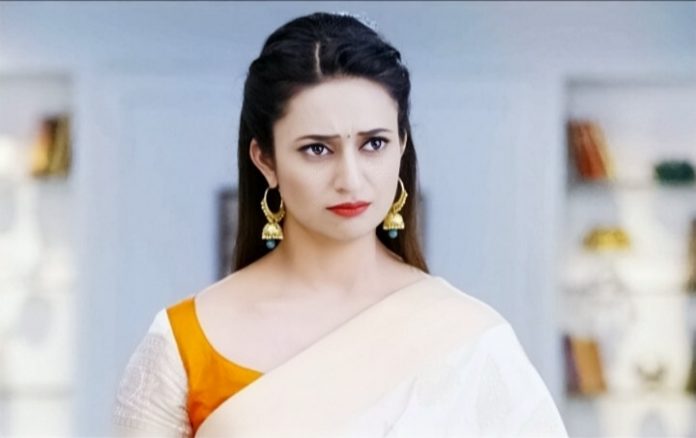 YHM Ishita and Raman have a cute fight. Ishita is planning to unite Rohan and Aaliya. She wants Aaliya to settle with Rohan once again, since she is sure that Rohan has reformed completely. After seeing Rohan sacrificing his happiness and future for his mom and Bhallas, she concludes that Rohan has started valuing relations. She understands Rohan’s true concern for Bhalla family. She wants to unite Rohan and Aaliya. She hides the planning from Raman. He doubts that she is up to something again. He asks her what’s the matter that she is actively working around. She denies to tell him anything. He pulls her leg. He doubts that she is bringing Rohan and Aaliya together.

Ishita gets Rohan back home and asks the family to treat him nicely, knowing he is innocent. Aaliya feels glad that Rohan has won the family’s trust again. Aaliya wants to give a chance to Rohan’s love and their marriage. The Bhalla family also wants Aaliya to get happiness in her life once again in the form of Rohan. On the contrary, Yug begins his search for Aaliya to confess his love to her. What will happen when Aaliya comes face to face with Yug, who would revive her memories with Adi? Keep reading.

Falguni wants to get Suyash out of jail. She applies for his bail. Suyash doesn’t want her help. Uttara is happy that the problems between Suyash and Falguni are subsiding. Jayant speaks to lawyer and wants him to arrange bail fast. He tells the lawyer that Suyash is attacked in the lockup. Falguni wants to know Suyash’s enemy. Vidhaan also tries to find the culprit. They want to know the truth so that they can protect Suyash. Falguni tells Vidhaan that they will get a clue if Suyash reveals about his suspicion on his business rivals. She wants Suyash to speak up and take their help. She gets the kidnapper’s call regarding Laddoo. She wants to save Laddoo. Uttara is playing all the games by acting mentally ill. Falguni will connect the dots and reach Uttara.