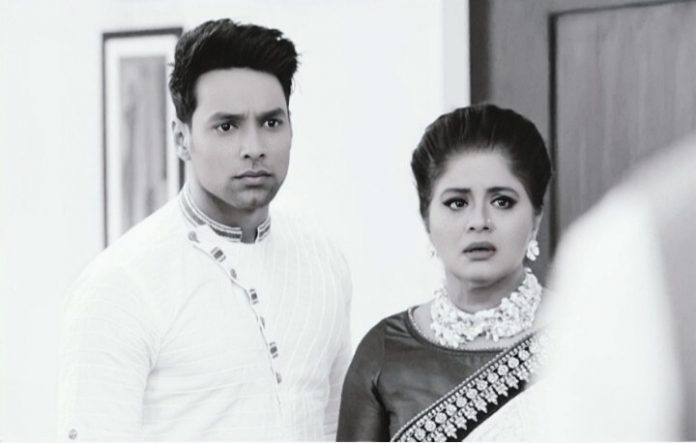 Yeh Hai Mohabbatein Karan doesn’t want Sudha to surrender to police. She cries for her elder son. She can’t see Rohan suffering in the jail. She wants to confess the crime and get Rohan out. He assures her that he will help Rohan some way. He prepares the bail papers and tells her that he will convince Rohan some how. He doesn’t want Rohan to play with their reputation. He hates the fact that Rohan got blind in Aaliya’s love and is impressing Raman and Ishita. Raman turns nervous to apologize to the minister. Ishita encourages him. They meet the minister and apologize to him. Minister forgives Raman. He discusses an important project to support the youth. He gives the project responsibilities to Raman.

Meanwhile, Yug has become Ishita’s devotee, because of her great help. He gets mad for Aaliya. He wants his friends to help him in finding Aaliya. He doesn’t have any clue about her. He tells them that he will make a sketch of her and then it will be convenient to find her. Aaliya’s sketch gets made. Yug tells his friends that Aaliya has stolen his heart. He wants to meet her once again. The minister gets a stroke.

Ishita attends him on seeing his symptoms. Yug and his friends try to find Aaliya at many temples. They don’t get any clue about her and continue their search. Yug’s friends fall in trouble. Yug counts his favors on them and doesn’t let them back out from the big task. Minister thanks Ishita for the first aid and saving his life. Minister gets the timely medical help. Minister gets praising Ishita for all the help. Ishita tells him that she is much confident about Raman’s love and knew he would never shoot her. Minister offers them help. Raman tells him about Sudha and seeks his help.

Ishita seeks minister’s help in saving Rohan. She asks him to withdraw the case. She tells him that Rohan isn’t a bad guy, but had taken the blame from someone else. Minister agrees to help Rohan. Raman asks her if she is saving Sudha. He gets upset with her. She explains that they need to tackle Sudha in a different way. Aaliya and Shagun meet at the cafe. Aaliya defends Rohan.

Shagun doesn’t have any faith in him. She just believes Aaliya when she sounds certain about Rohan. Shagun asks Aaliya if she is missing Adi in her life. Aaliya tells her that she feels hurt when she recalls Adi’s mistakes. She doesn’t want to give any importance to Adi’s memories. Shagun realizes that she shouldn’t let Aaliya meet Yug. Aaliya asks Shagun to help Rohan. Shagun agrees for her sake.

Moreover, Raman wants Sudha to get punished. Ishita tells Raman that they will first gain evidence against Sudha so that they can get her arrested. Raman understands her point. He gears up to counter Sudha’s planning. She tells him that its important to save Rohan, who has really changed. Karan confronts Rohan for opposing Sudha so much. Rohan reprimands Sudha. Karan plays a game and joins Bhallas again. Karan plans this masterstroke to get in Bhalla family and ruin them.