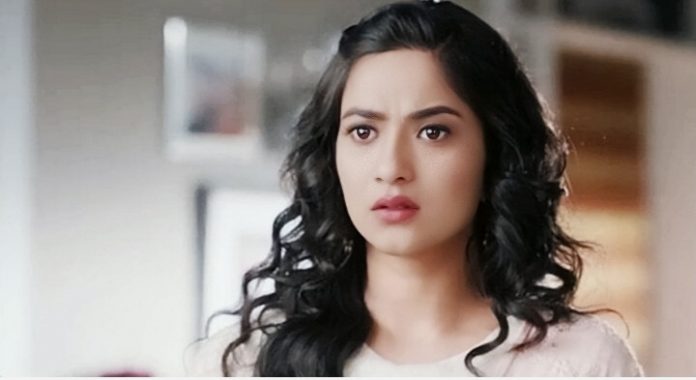 Silsila Mauli holds a good news to share. Mauli tries to stop Kunal from getting strained while recalling the past. She learns the kids’ mischief. She takes him away from the flat. She reprimands the kids for getting Kunal to his old flat. Kunal sees Nandini’s pictures everywhere. He doesn’t realize their relation. Mauli thinks of the worse consequences. She finds the kids really wrong to put Kunal’s life in danger. Kunal reminisces Nandini. He doesn’t know who Nandini was. He tells Mauli and Radhika that he has seen a girl with him in his flashes. He feels he knows Nandini well. Mauli tries to calm down his anxiety. He describes Nandini for her. Mauli gets terrified and also feels the pain seeing his love for Nandini.

She asks Kunal if he knows that girl. Kunal tries to think about Nandini. He gets some flashes and tells Mauli that he had saved that girl from her torturing husband. He feels Nandini is still in trouble. He tells her that maybe Nandini still needs their help. He asks Mauli to try to find the girl so that they can help her in time. Mauli asks him not to think much about it. She asks him to take his medicines on time. Kunal’s progress comes as a good news when doctor confirms this.

Mauli and Radhika meet Ishaan and surprise him with the good news. They tell him that kids have done a good thing and now Kunal may get his memory back. She is happy that she will be back with Ishaan and resume a normal life with him soon. Mauli apologizes to Ishaan. Ishaan forgives her. Radhika gets happy seeing them happy together. The kids plan an outing. They make a request to take Kunal along. Kunal gets hints that he has missed out some years from his life. He gets Nandini’s CD for Mauli. He gets close to know the big truth of his past. Can Kunal handle the truth? Keep reading.

Aarohi gets kidnapped. Aarohi manages to flee. She takes a disguise and meets her old friend Kashyap to settle old scores. She tells him that she won’t spare him today and won’t let him run away until he gives her all the answers. She tells Kashyap that she won’t be believing him now. She learns that Kashyap is Raj’s aide Trivedi. He tells her that he is just following Raj’s orders. She asks him to tell the complete truth. He refuses to divulge more details. Aarohi gets a diary from his place. She tries to get clues from it. Deep steals the diary from her and flees. Deep doesn’t want Aarohi to know this secret. He thinks there will be may troubles for Aarohi once she learns the truth. Deep suspects Tara when he spots the four masked women. When he confronts Tara, Vasundara lies to him that Tara was with her all the time. Vasundara and Tara hide their truth.