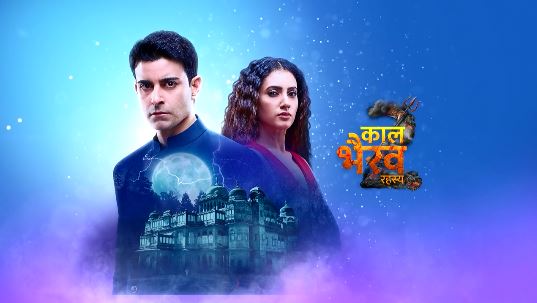 Kaal Bhairav Rahasya 2: Veer and Archie deliberately want to find the main culprit behind the numerous killings. They get an ancient non-compiled book and refer it to know the mystery behind the curse. The truth gets known to inspector Sumer via an old lady, who was Lali’s descendant Gauri’s neighbor. Sumer learns about Prince Arjun, who had been attacked by evil king Vikram Singh. Arjun and his descendants plan the killings of Vikram’s clan by mentioning about Lali’s curse to stay protected from the legal punishments. Arjun’s clan blend with the royal family and villagers to plan the deaths of the royal family members. The village Kanakgadh sounds inauspicious to people because of the long running curse.

Veer and Archie also learn the same truth about Prince Arjun, who had gone through much suffering and injustice because of Vikram. They realize that Arjun and his clan are taking the revenge on their family since the last 150 years. Veer doesn’t realize that Akshay is also part of Arjun’s clan.

Sumer wants to find the truth behind Arjun’s family, by nabbing and identifying the sharp criminals. He gets big time cheated when his dear to heart constable-friend Bindal stabs him to death, while revealing his relations with Arjun’s clan. Bindal is also part of the revenge story. Bindal tells Sumer that he didn’t wish to harm him, but is left with no option now. Sumer learns the truth of two clans enmity, which led to the curse conspiracy. Before he could get any evidence and inform Veer, he breathes his last. Veer and Archie will be soon finding Akshay’s involvement in the crimes. More shocking revelations will be coming out, when Veer realize Arjun’s clan members being a part of his own royal family. The mysterious plot of Kaal Bhairav Season 2 gets known with the big revelation. Keep reading.