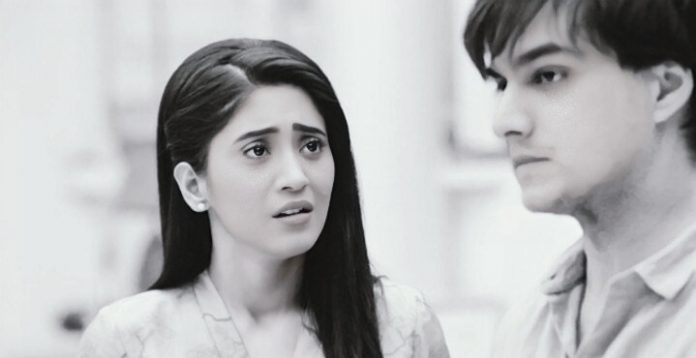 Yeh Rishta Shocking Reboot twist. The upcoming track will bring many twists together. After the Krish’s claim drama, Kartik will convince Naira to give away Krish to Naksh and Kirti, since they are the righteous parents of the baby. Naksh and Kirti decide to forget whatever happened and start fresh with their little bundle of joy Krish. Naira returns Krish only on the condition that Naksh and Kirti forgive Kartik for his mistake. Naira justifies Kartik’s decision, since he was pressurized by her health issues. Naira proves her love once again by justifying Kartik.

Kartik and Naira will eventually try to lessen each other’s sorrow, and relive their old golden days to rediscover happiness in their lives. Kartik and Naira plan an outing once again, where they are seen having some refreshing moments of romance. The next track is surely more promising and interesting than before. Kartik and Naira are on a romantic drive. Kartik tells her that life changes in a moment that they can’t even realize when and how it all happened. He tells how the memories stay with them all life. Kartik and Naira meet with an accident suddenly.

Kartik and Naira lose conscious for a short time. When Kartik gets conscious, he finds Naira not responding to him. He gets worried with the new tragic accident in their lives. Kartik rushes her to the hospital and gets her treated. Doctor tells them that its minor injuries and she is absolutely stable. He asks Kartik to take Naira, she will be more better in two or three days.

Naira gets fine after the accident, but loses her memory. Kartik asks Naira how is she feeling. She addresses him as a doctor which shocks him. He realizes that the blood clot has developed in her brain again and now she has lost her memory, which he was fearing before. He had taken the step of baby swapping just to avoid Naira’s health complications. He didn’t wish the blood clot to recur in her brain and snatch away their happiness. Kartik feels pity the moment she gives him a strange look. He thinks of the time they have spent together, till the very moment when she has lost his memories.

He feels the destiny has unfair with Naira and him, since their love has faced much difficulties and pain of separation before. He doesn’t judge any external factors of stress and feels responsible.

He gets shattered knowing Naira has lost their precious memories. He will not give up on his love easily and try hard to win her love. Naira means a world for Kartik. He can’t imagine living without her. He is sure to remind her their beautiful love bond. He tells her that even if she has forgotten him, he will make her remember their relation. Kartik will be defining Yeh Rishta Kya Kehlata Hai once again for his ladylove Naira. Kartik will be winning Naira’s heart again by starting fresh.

It seems that the new twist ends all the hopes for Kaira’s union. Kartik meets Naira in the market. She passes by him, without even noticing his presence. She considers him just a stranger. It has to be seen if Naira has forgotten just Kartik and Goenkas, or her own family Singhanias as well. There will be many complexities for Kartik to handle. Kartik will not be failing until he makes her recognize him. Poor Kartik had already gone through a tough time where his guilt was killing him within. Once he gets over the baby complications, he faces the new problem of Naira’s memory loss. He accepts the bad fate of their love story that Naira has completely forgotten him, but he wants to change his fate and make her remember their unique bond. The reboot of Kartik and Naira’s love story gets intriguing.