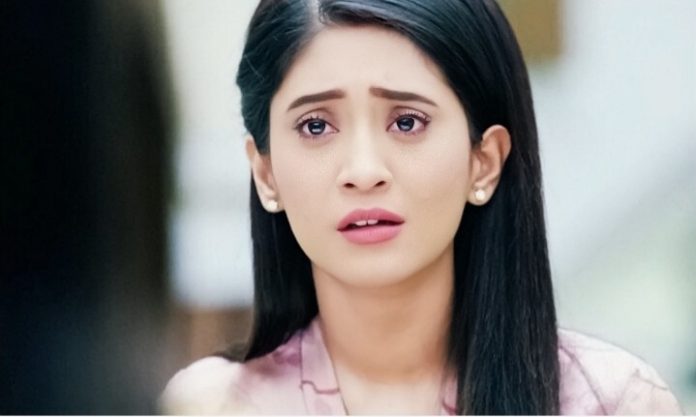 YRKKH Naira loses memory. Dadi gets defending Kartik. She argues with Manish for the sake of her grandson. She wants to understand Kartik and forgive him. She wants Naira to lessen her pain some how. She asks him to let Naira meet Kartik. Naira comes out of her room and tries to stay normal. Naksh gets angered and wants to stop Goenkas from letting Kartik meet Naira. He doesn’t want Naira to meet Kartik and come in his words. He feels bad that Kartik has cheated all of them. Bhabhimaa takes a decision to stop Naira. Naksh tells them that Kartik has done really bad with them and he can’t be forgiven. She doesn’t want Naksh to force his annoyance on Naira. She asks him to let Naira decide about Kartik.

She tells him that only Naira has the right to punish Kartik, they shouldn’t come in between them. Kartik awaits Naira and hopes that she understands him. Naksh and Kirti stay stressed about Naira. Kirti is sure that Naira and Kartik will sort their issues. Naksh gets scared as if something wrong is going to happen with them.

Kirti doesn’t think anything worse can happen. Naksh suspects something unfortunate, which is going to strike Naira or them. He gets the ill feeling and stays disturbed. Kartik and Naira end their distance. He apologizes to her. They face a near to death situation when a truck gets towards them in speed and nearly hits them. Kartik gets glad to see Naira fine. Naira appears fine to him, but she isn’t completely fine. Naira gets away from Kartik. She loses her memory in another shocking moment. Naira and Kartik visit the Dargah. She gets blank about her life’s major phase. She doesn’t even remember her name. She loses her identity, her family and life. She fails to recall anything about herself. She shatters when she loses herself. Kartik prays for Naira. Naira tries to find her identity. She fails to recognize Kartik.