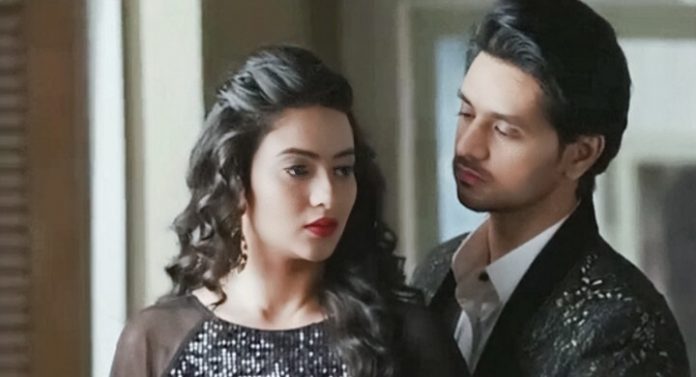 Silsila Kunal Mauli relation gets jerks of troubles. Kunal has sternly warned Mauli over not meeting Mishti and Pari. He wants Mauli to stay away from Ishaan and his daughters. He gets disappointed when he finds Mauli with the kids again. He angrily calls Mauli to know about her. Mauli lies to him, which deepens his suspicion. He spies on Mauli to know the reason for his lies. Mauli doesn’t reveal to him about his relation with his daughters, because of his sensitive state. He wonders why she isn’t taking his objection seriously. Mauli hides the truth and disconnects the call to enjoys with the kids. Kunal finds Mauli changing. He talks his concern with Radhika. He wants to know why isn’t Mauli happy with him and lying so much.

His suspicion keeps on growing. He keeps a check on her. He asks Mauli why is she going to the temple. She tells him that she will visit the temple before going to clinic. Kunal doesn’t will to, but gets helpless to follow Mauli. Meanwhile, Sweety meets the kids and learns about Ishaan’s troubles. She blames the kids for ruining Ishaan’s life. She tells them that they have separated Ishaan from Sandhya.

She asks them to think of Ishaan and Sandhya’s sorrow, how they are distant because of them. She instigates them to leave the house and go away if they want Ishaan to live in peace. She asks them not to punish Ishaan this way. The kids decide to leave the house for the sake of Ishaan. They leave the house without informing anyone. Sweety gets happy to get rid of them. Mauli prays at the temple and leaves for the clinic. Kunal spies on her to validate her truth. He feels guilty to doubt on her. He feels he is doing wrong and should apologize to Mauli. Mauli informs Ishaan that she is reaching the clinic.

Ishaan surprises her at the clinic and expresses his love. Kunal also heads for the clinic to apologize to Mauli. Ishaan tells Mauli that he wants to spend time with her. Mauli agrees to go with them. Kunal reaches there to meet her and doesn’t see them. He instead finds Mishti and Pari in danger. He runs to save their lives in time. Kunal rescues them and takes their class for being so careless. He asks them if Ishaan knows about them. He gets worried for them. He decides to drop them home. Ishaan and Mauli spend time together at his house. They get a shocker when Kunal reaches them to drop the kids home. Ishaan gets speechless to answer Kunal.