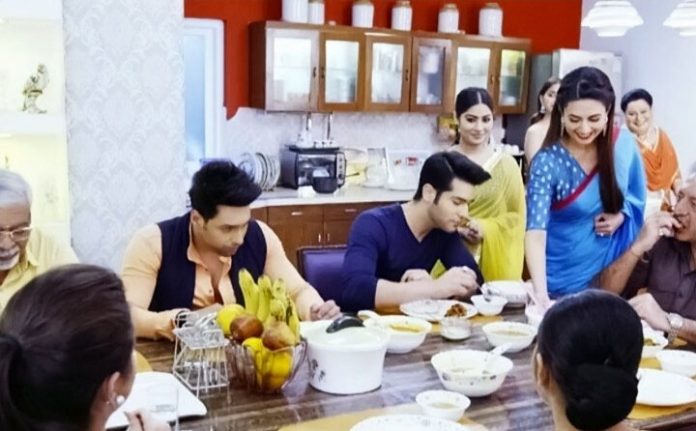 Yeh Hai Mohabbatein Happiness returns in Raman and Ishita’s life. Bhallas forget all their sorrows. They spend some time together. Raman tells them that they will lose if he plays carom with them. Raman loses the game and then quits it. They tease him. Raman tells them that he has spoilt their surprise. Raman asks Ishita not to pull his leg. She invites Rohan for playing carom with them. Rohan asks Aaliya to come for a talk. He asks her if he can join her company, as he wants to work with her. She tells him that she doesn’t have any company as of now. Rohan tells her that they will soon begin a company.

Raman asks him won’t he feel inferior if he works under Aaliya. Rohan tells him that he knows Aaliya’s potential, women are better managers at work. He praises Aaliya and Ruhi’s capabilities. He wishes Aaliya all the best, since she would do really well in life. Aaliya gets Raman’s permission to open the company.

She decides to launch her company. She reveals the company’s name IshRa and distributes sweets in the family. Raman doesn’t know how Aaliya has managed everything alone. Aaliya tells him that Rohan is the one who had made this possible, he has helped her a lot. She gets thankful to Rohan. Raman feels Rohan is supporting Aaliya by much faith. He gets trusting Rohan again. Ishita wants Aaliya and Rohan to start their marriage fresh. Rohan gets acceptance in Bhalla family.

Raman starts trusting Rohan. He feels Rohan is right for Aaliya. He accepts Rohan happily. Rohan and Aaliya get delighted when Raman gifts something special to Rohan. Everyone gets fine for Aaliya. Karan and Sudha want to bring Yug in the frame and separate Rohan and Aaliya. Will Yug poses troubles for Aaliya? Keep reading.