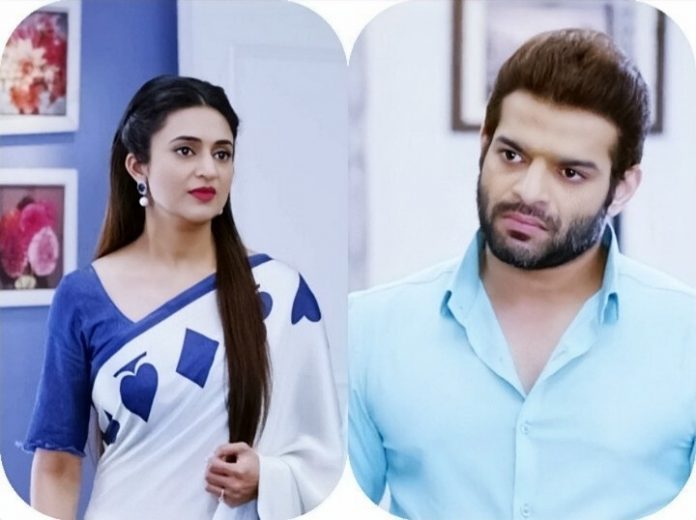 YHM Unexpected shower of romance. Raman stays stressed about Aaliya. He tells Ishita that he will need some time to accept Rohan. She sounds upset regarding something. He tells her that he is her best husband, since he remembers their anniversary. He plays a secret date for them. He asks her not to tell anything to their family. He makes a romantic date plan only for them, to relive their old days. He tells her that he wants to cherish their togetherness. They recall their love journey. They reminisce their moments and marriage. They feel blessed and lucky to get each other. He tells her that she shouldn’t tell the children or elders about their plans. He doesn’t want any disturbance.

Meanwhile, Yug is very keen to meet Aaliya. He asks his friends if they found any details about Aaliya. His friend tells him that he has got all the information from Aaliya. Yug gets interested in meeting her. He wants to know if Aaliya is single. Vishal tells him that she is single and its confirmed. Yug wants to know her connection with Bhallas. Vishal tells him that he will soon find everything. He asks Ranbir and Yug not to worry and just trust him. Yug prepares to meet her and gets too excited.

Aaliya reminds about IshRa’s wedding anniversary to the family. She wants to make arrangements for Raman and Ishita’s celebrations. Vishal finds Aaliya and tries to know about her. Aaliya tells Ruhi that its their responsibility towards Raman and Ishita. She reminds the anniversary to Raman and Ishita as well. Raman tells them that he had forgotten it. Ishita tells them that even she forgot it. They ask if they have gone old to forget such important things. Raman tries to make excuses so that he can go ahead with his secret date. Ishita also makes work excuses to avoid the children. Aaliya and Ruhi really think that Raman and Ishita have lost interest in each other.

Raman asks Ishita not to melt her heart and not tell anyone about their secret plans. He tells her that he doesn’t want anyone to ruin their date. Yug tells his friends that he can’t delay his meeting with Aaliya further. He wishes to express his love to her before it gets too late. Rohan plans to confess love to Aaliya. Rohan meets Aaliya and gives her a rose. He tells her that he doesn’t have much money right now, but promises to keep her happy by gifting her the best things in life. He gets sincere in his proposal.

Aaliya doesn’t accept the rose at first. Rohan is still happy that she has forgiven him. Aaliya loves him too, but wants to end her doubts first. She accepts the rose from him. Rohan confesses his love and proposes her for marriage. Aaliya happily accepts his proposal. Yug is also ready to do anything to win her love. Moreover, Raman and Ishita celebrate their anniversary right from the morning. They make plans to spend the day together.

Raman ignores Ishita in front of the children. They want Raman to gift something nice to Ishita. Ishita also shows her low interest towards the anniversary celebrations. She tells Ruhi that she has to head for her work. She asks them not to take stress about them. Aaliya and Ruhi find some problems between them, and make plans for them. Raman and Ishita decide to accept Rohan for Aaliya.