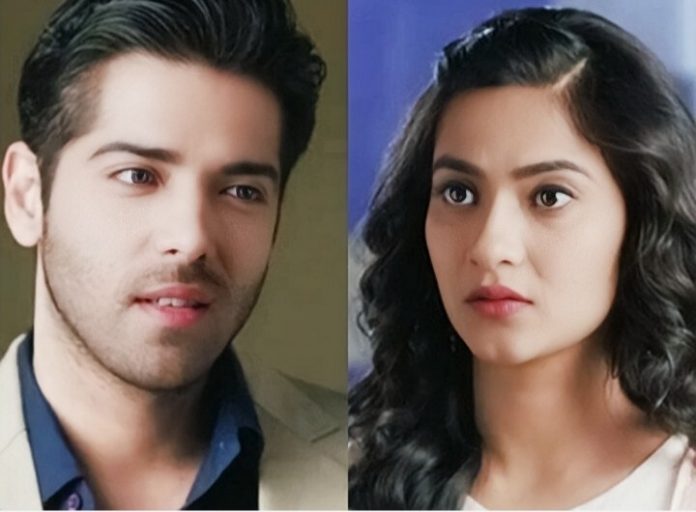 Silsila Twist Kunal stirs new troubles for Ishaan. Mauli looks for Pari and Mishti everywhere and doesn’t find them. She gets worried when Kunal pops up at the door. Kunal reaches Ishaan’s house to drop Pari and Mishti. Mauli hides from Kunal. Kunal blasts anger on Ishaan and tells him how the kids were wandering on roads and fell in danger. He tells that kids would have met with an accident and got injured. He gets rude towards Ishaan and reminds him a father’s duty. He asks Ishaan to look after the kids or hire someone to take care of them. Ishaan apologizes to him. Once Kunal leaves, Mauli and Ishaan question the kids about their leaving.

Pari tells them what Sweety told them about Sandhya’s sorrow. She reveals that Sweety scolded them a lot and they left the house to relieve some burden on Ishaan. Ishaan feels sorry knowing Sweety’s act. He tells the kids that he can never fall in trouble because of them. Mauli is thankful to Kunal for saving the kids and getting them home. They apologize to Mauli and Ishaan. Mauli and Ishaan apologize to each other. Mauli gets emotional. She tells Ishaan that she should leave for home soon.

Mauli wants to spend the day with Ishaan. He requests for a gift from her. He tells her what he want a blue shirt. She promises to get the gift for him. She wants to surprise him on his birthday and also propose him. Mauli returns home and finds Kunal worried. Kunal feels he has rescued Pari and Mishti before as well. He gets memory flashes. Kunal tells Mauli that Ishaan isn’t a good father, he has left his daughters so carelessly. Kunal tells that Ishaan should be careful about the kids. Radhika and Mauli explain him that such things happen, Ishaan isn’t a careless father. Mauli reveals the entire incident to Radhika. Radhika gets angry on Sweety’s big mistake.

They are glad that kids are fine. Mauli buys a gift for Ishaan. She wishes him on his birthday. Their conversation gets broken because of Kunal. Ishaan awaits Mauli to celebrate his birthday with her. Kunal feels guilty for being rude towards Pari and Mishti. He tells Mauli that he wants to go out with the kids and befriend them. Mauli thinks of spending Ishaan’s birthday together. She likes his idea. Kunal calls Ishaan and talks to the kids as well. Ishaan makes an apology.

Kunal understands his own mistake and apologizes to Ishaan. He invites Ishaan and kids for spending the day out together. The kids get happy to know that Kunal and Mauli will be coming to spend time. Kunal then makes Ishaan out of the plan and asks Ishaan to just drop the kids for the outing. Ishaan and Mauli’s plans get ruined by Kunal. Ishaan gets upset. He still smiles and sounds positive to the kids. He tells the kids that he can wait to celebrate his birthday with kids. Mauli feels sorry for Ishaan.

She gets a new shock when Kunal finds her gift, and wears the blue shirt. He assumes that Mauli has got the gift for him. He turns surprised and thanks Mauli for the wonderful shirt. He questions her for hiding the surprise. Mauli plans a secret birthday surprise with Ishaan to cheer him up. Ishaan gets upset sensing Mauli is getting habitual to Kunal once again. He feels getting distanced from Mauli’s heart. How will Ishaan take this heartbreak? Keep reading.