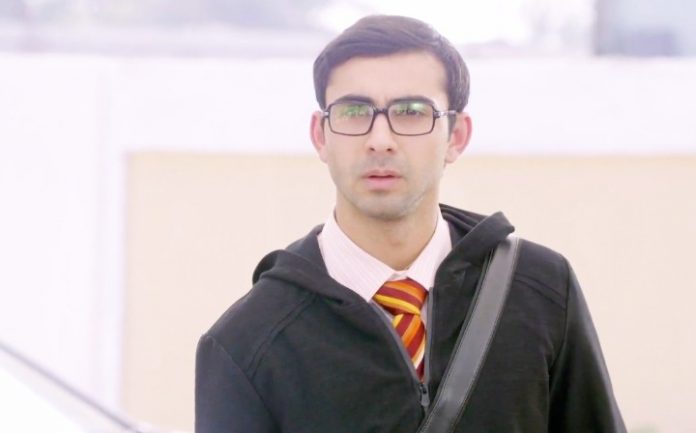 Yeh Hai Mohabbatein Heartbreaking Shocker. Yug wants to meet Aaliya and gets desperate. His friends ask him not to go and take risk, since his intentions are clear to Ishita already. They promise to get all information from Bhallas. Yug tells them that he can’t lose Aaliya, she is his first love. He just thinks of her and goes blind in love. He didn’t get love in his life ever. He wants someone to walk with him in all phases of life. He thanks his friends for always helping him. They get emotional. Vishal wants to hide from Ishita and find about Aaliya. Meanwhile, Karan gets bothered since he had seen Yug. He wants to inform Sudha. Aaliya and Rohan make plans to arrange a date for Raman and Ishita. Karan wants to help them as well. He decides to impress Ruhi. Vishal takes a disguise to know about Aaliya.

He learns that Aaliya is Raman and Ishita’s Daughter-in-law. He gets saddened to give this news to Yug. Mihika and young gang reach the cafe to discuss the plan of Raman and Ishita’s date. They get to see Raman in his young avatar. They like his cool look and wonder what’s the matter.

They spy on Raman and hide from him to know what’s going on. They get to see Raman with a young lady. They wonder if Raman is having any affair. They can’t believe Raman romancing someone on valentine’s day. Mihika understands Raman and Ishita’s plan and asks them not to bother Raman. Ruhi hurries to confront Raman and gets to see Ishita with Raman.

Raman begs them to leave them alone at least once. His date gets spoiled. Ishita gets compliments from them. Mihika asks them to continue their date. Karan doesn’t want Rohan to go mad for Aaliya. He fails to talk to Sudha about Yug. Sudha goes for her work trip. Karan wants to find about Yug. Vishal gets the sad news for Yug, that Aaliya is married. He asks Yug to forget Aaliya. Yug can’t believe this and gets heartbroken. Yug knows that he can never get Aaliya.

He feels bad for himself. Yug happens to see Raman and Ishita arriving at the temple and making donations by Adi’s name. They reveal that Adi isn’t alive. Yug gets happy to know this that Adi is no more and Aaliya is a widow. He feels he still have a chance to win Aaliya’s love. Raman and Ishita pray that Aaliya moves on in life and get happiness. Yug wants to give happiness to Aaliya.

Raman tells Ishita that he will accept Rohan if she is convinced that Rohan has reformed. Ishita thanks him for accepting Rohan and Aaliya’s relation. Yug gets high hopes thinking he will marry Aaliya. His friends ask him not to take Bhallas lightly. Yug doesn’t want his love to face any barriers of society. He doesn’t care for society. He wants his friends to support him. Ishita gets thankful to Raman and hopes Aaliya stays happy. She is stressed for Yug’s one sided love for Aaliya.