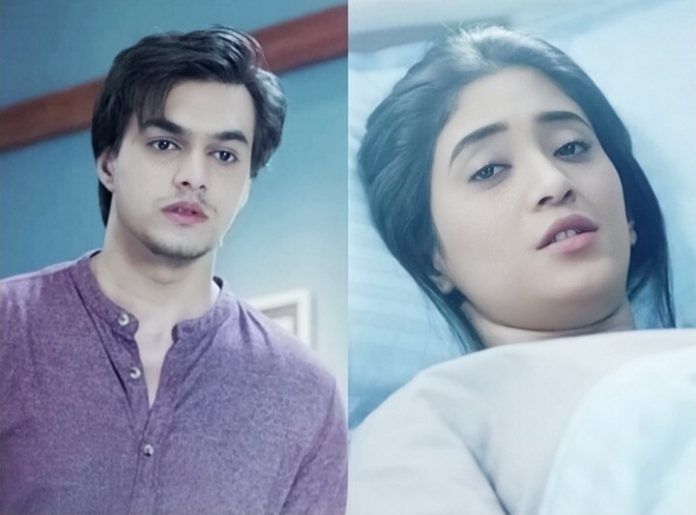 Yeh Rishta Kartik loses Naira. Singhanias get panicking seeing Naira’s state. They rush her to the hospital. Kirti stays back at home to take care of Krish. Devyaani tells Naksh that they have to inform Goenkas. She explains him that he can’t just blame Kartik for everything. Even when he stops her, she calls Goenkas to inform them about Naira’s condition. Goenkas also rush to the hospital. Naksh tells the doctor that Naira may have lost her memory. He asks doctor why is he silent as if its something really serious. He asks him to tell them if anything is critical. Doctor doesn’t tell them anything without a proper examination. Naksh fears that Naira has lost her complete memory. He doesn’t want to spare Kartik.

He feels Kartik has hurt Naira a lot and this resulted out of her pain. He wants to punish Kartik. Kartik gets scared thinking of the dire consequences. He can never imagine what would happen with them. The family loses courage to think of the test results. Naksh gets strength from Kirti. She wants to be at Naira’s side. She tells him that Krish can help Naira in getting memories back.

They get hopeful that Krish may instigate her lost memories. Kartik rushes to meet the doctor and know about Naira. Nakch blocks his way to secure Naira. He doesn’t let Kartik in. Goenkas bear the insult and understand that Naksh’s anger is justified. Naksh doesn’t want Kartik in front of his eyes. Manish asks Naksh if they should leave as well. Naksh tells them that they don’t know anything what happened, Kartik has met Naira and she got too stressed. They don’t reveal the problem to Goenkas. They want the doctor to confirm it first. Kartik rushes to meet Naira somehow. Naira gets conscious while doctor tries to know at what point of time she has reached.

Singhanias tell Goenkas that Naira has got blank about her memory and life. Naksh stays worried for her. Meanwhile, Kartik takes another extreme step in tension. He climbs the pole to reach her. Kirti wants to explain Naksh for supporting Kartik. She feels Naksh has a right to decide for Naira.

Kartik learns the shocking news that Naira has forgotten everyone, she has lost her memory completely. She doesn’t recognize anyone from her family. He gets traumatized when Naira doesn’t identify him. Naira tells her doctor that she doesn’t remember any relations. Kartik gets heartbroken. His hopes shatter at once. Kartik falls down the pole and gets hurt.

Kartik runs to his family to tell them that Naira has lost her memory. Doctor tells the families that they will try their best to help Naira regain her memory. He asks them to emotionally support Naira in this big task. The families feel bad that Naira has suffered a lot. Kartik reminds Naksh about the injustice done with her. Kartik shares his pain with his family, while Naksh sinks him in guilt. Kartik feels guilty over the bad news. Naksh decides to Naira home, and keep her away from Kartik. Kartik fears of losing Naira forever.