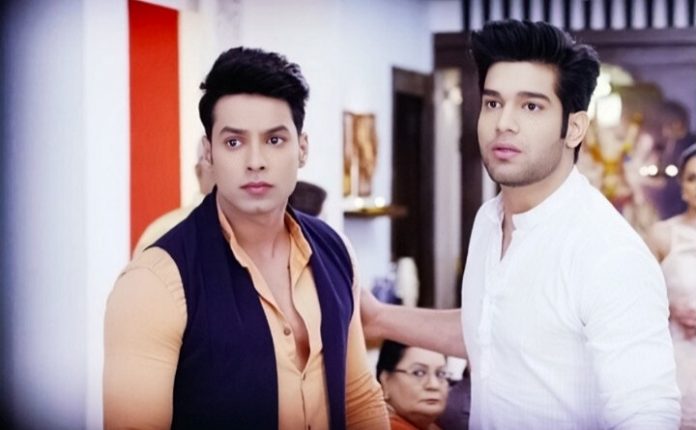 YHM Karan makes big revelation. Yug’s friends keep a watch on him, out of concern. They don’t want innocent Yug to fall in trouble. Karan spies on Ruhi and Ranbir. He wants to know who is Yug from Ranbir. He thinks to ask Ranbir about him. He tells Ruhi that he will guide Ranbir. Ruhi wonders why is he willing to take Ranbir in his team. She doesn’t want any complains about Karan. He assures her that he will work well. Raman and Ishita share light moments. Ishita tells the family that it was Raman’s idea to secretly plan their date. Rohan tells her that he wants to talk to Aaliya. Raman asks him the matter.

Rohan expresses his willingness to work with Aaliya. He tells Aaliya that he will be joining her and helping her in the fashion designing business. He wants to back up her work. Everyone gets pleased knowing Rohan’s plans for supporting Aaliya’s career. Rohan praises Aaliya’s talents and capabilities. He asks Raman to bless them in making ahead together. Ishita is happy for Rohan and Aaliya.

Raman feels Rohan is changing for good. He also gives his nod to support Rohan and Aaliya. Ranbir and Vishal try to save Yug from getting sighted by Ishita. Ranbir does a drama to get leave from office. Ruhi gives him an off. He asks Ranbir to go home and take rest. Ranbir complains of his sickness. Ruhi tries to help him. Raman seeks Shagun’s opinion about Rohan. Shagun also feels Rohan has turned positive. She wants to believe him. Raman decides to give a chance to Rohan. Aaliya tells the family that she has decided a company name Ishra. She gives the credit to Rohan. Raman and Ishita want to know Rohan’s long term plans so that he can start a new life with Aaliya.

They don’t want to send Aaliya to Sudha’s house. Rohan tells them that he will arrange a house for them, so that they can find peace. Aaliya gives her consent to live with him anywhere he wishes. Shagun offers them help. Raman wants Rohan to do well in his life. He welcomes Rohan into Bhalla family. Karan gets upset seeing Rohan getting Bhalla’s support. He wants to stop Rohan from going far from Sudha. He gets tensed and runs on the roads in anger. He wants to find some way out.

He comes across Yug, who is drunk and confesses that he loves Aaliya. Karan gets shocked to see him. He wants to use Yug against Aaliya. He thinks Yug can help him in his plans. Yug shares his pain of losing his love. Karan wants to help Yug for his own motives. Yug’s friends try to find Yug. They find Yug and rush to him. Karan assures Yug that he will help him. Karan advises Yug to meet Aaliya and confess love to her. He befriends Yug. He asks Yug to call him if he needs help. He rushes away before Yug’s friends spot him.

Karan hatches a plan against Rohan and Aaliya’s long term plans. Ishita wants Aaliya to make a new start and live happy. She feels proud that Raman is blessing Rohan and Aaliya’s love. Raman believes in Rohan. He wants to gift something good to Rohan. He fears that Sudha will try to ruin their peace again. Karan meets Yug to reveal about Adi and Aaliya’s marriage and Adi’s death. He wants Yug to take Adi’s place in Aaliya’s life. Yug gets a huge shock on knowing about Adi.