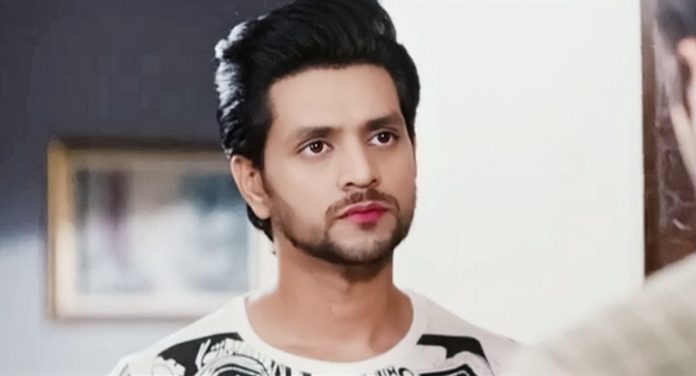 Silsila Cheating twist dilemma. Mauli gets distracted by Kunal while she celebrates Ishaan’s birthday. She upsets Ishaan by calling him Kunal. Ishaan knows she is getting closer to Kunal while attempting to revive his memories. He tells her that he understands her. He tells Mauli that he isn’t upset with her. She apologizes to him. She blames herself for spoiling her day. She tells him that she has hurt him. She asks him how does he keep much patience, he never complains about anything. She finds him a real gem. She asks him to better scold her and get out his frustration. She doesn’t want him to think anything wrong. She tells him that she is spending the entire day with Kunal and that’s why she is much disturbed by the difficulties. Ishaan asks her not to clarify more. He asks her to relax and go home.

On the other hand, Kunal gets suspicious of Mauli’s lie. He wants to know why did Mauli lie to him. He feels if Mauli’s priorities and loyalty are changing. He asks Dida if Mauli loves him or someone else. Dida worriedly tries to clear his doubts. Dida asks Kunal to keep patience. He fears that Mauli will cheat him. She asks him not to think of anything else.

He tells Dida that he loves Mauli a lot and can never think of cheating her. Dida explains him that sometimes he shouldn’t just conclude anything by appearance. She tells him that Mauli is very much loyal and he can’t judge her by few instances. She asks him to go and sleep. Mauli spends time with Ishaan. They both are at peace. Ishaan battles with his thoughts that Kunal and Mauli make a good family. Mauli too wishes to get back to Kunal, while she dreams of him. She longs for Kunal once again in her unconscious mind.

Ishaan’s presence makes her realize her mistake. She tells him that she should leave, since Kunal is waiting. Ishaan sweetly handles the problems. Kunal couldn’t sleep because of Mauli’s lie. He wants to know where did she go and why. He confronts Mauli for her lie when she comes home. He asks her what’s going on. Mauli tries to cover up for her lie. Kunal realizes Mauli’s discomfort when she is with him. He asks her not to change much. He expresses his fears to lose her.

Mauli feels as if she is cheating Ishaan by hurting him a lot because of Kunal, while Kunal feels Mauli is cheating him because of Ishaan. Mauli’s dilemma gets intensified when she judges herself on handling her relations well. Kunal cares for Mauli when he finds her ill. Kunal receives a huge shock on finding Mauli’s medical file. He learns Mauli can’t conceive a child. He realizes Mauli’s sorrowful stress. He feels bad that he didn’t know Mauli’s sorrow and misjudged her.

He realizes Mauli is staying away from him because of this shocking thing. He cries out on her sorrow. Mauli asks Kunal is he fine. Kunal asks her the reason for hiding her truth about the complications in her pregnancy. Mauli didn’t wish Kunal to know anything. Kunal surprises Mauli at her clinic. He ruins Mauli and Ishaan’s plan once again. He realizes she is hiding her surprise for Ishaan, and concludes that she is definitely cheating him.