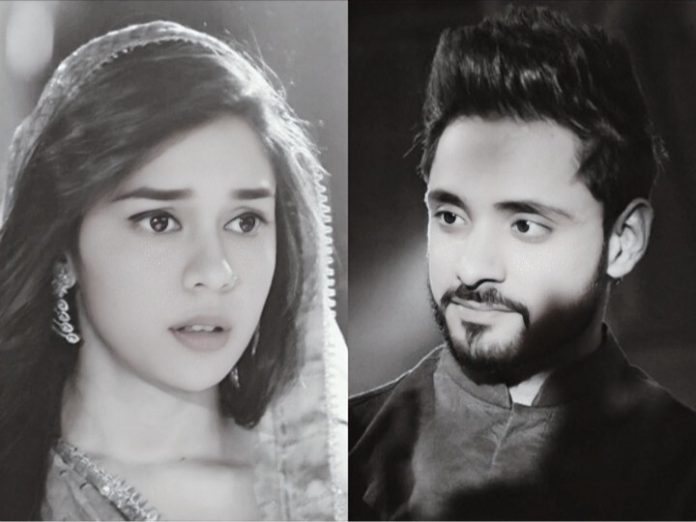 Kulfi Kumar Ishq SubhanAllah and more spoilers: Kabeer finds another chance to scold Zara. She is supporting Elena. When Elena elopes from the house, Zara gets blamed for this shocking incident. Zara tells Kabeer that Elena had told her about her eloping plans. She swears that she has tried to stop Elena. Kabeer asks her why didn’t she inform him or parents about this. Zeenat is happy seeing the problems between Kabeer and Zara. Kabeer strongly opposes love marriage and calls it a big sin in their religion. Kabeer asks Zara why is she supporting Elena to do this sin.

Kabeer tells Zara that she is also a sinner now, since she has backed up Elena. He gets upset with Zara. He tells Zara that he won’t let Elena succeed, he wants to save Elena. Zeenat brainwashes Aisha. She instigates the family against Zara. The family didn’t know when did Elena fall in love with Aamir. They all hold Zara responsible and question her. Zeenat likes the family blasting anger on Zara.

Dhanak refuses to accept his marriage with Raghu. Raghu is angry and decides to divorce her. He gets the divorce papers to shock Dhanak. He gets dancing on the dhol. Raghu surprises everyone by his sudden character change from angry to cheerful one. His mum tells him that he has to divorce Dhanak. He is happy that Dhanak is acknowledging the marriage. He is sure that he will convince Dhanak to accept the marriage.

The family first scares Padmini and then surprises her for her birthday. They wish Padmini on her birthday. Sitara’s Maasi perform in the party as dancers. Sitara wants to protect Viraj from Vishkanyas. She gets a dream that someone is going to attack Viraj. Sitara gets into a moment with Viraj. She wants Vishkanyas to forget their revenge. She fails to convince Vrinda. She tries to keep Vishkanyas away from Viraj and his family. Vrinda challenges Sitara to save her dad if she can. She tells Sitara that if she saves Viraj, then she will lose her dad. She attacks Kuldeep and buries him. She asks Sitara to find Kuldeep before time runs out. Sitara has to save Kuldeep and Viraj. She is much torn because of Vrinda’s challenge.

Internet Wala Love:
Jai and Aadhya apologize to Karan. Jai feels he was wrong to suspect Karan. Aadhya also finds Karan very helpful. Jai and Aadhya feel they have misjudged Karan. Jai feels bad to raise hand on Karan. Jai looks for Ragini when he learns that she has gone missing. Jai finds Ragini lying unconscious in the temple. He wakes her up and asks her how is she now. She thanks him for rescuing her and hugs him. Aadhya sees them together. She trusts Jai and his love. Jai and Aadhya’s love and belief will be tested by Karan and Ragini.

Kulfi Kumar Bajewala: Nimrat is much upset that her daughter is losing the only bond left, that’s with Sikandar. She can’t tolerate seeing Kulfi losing her father. Sikandar is in a big conflict. He has given his nod to send Kulfi to hostel, but he can’t accept the situation. Nimrat is much upset seeing Kulfi’s tears. Sikandar loves Kulfi a lot, unaware that she is his daughter. He will take a firm stand for her once he knows Kulfi is Nimrat and his daughter. Kulfi is ready to sacrifice her only relation and happiness just for the sake of his family’s happiness. Kulfi leaves from Sikandar’s life. When he learns the surprising news, he runs and succeeds to stop Kulfi. He decides to keep up his ties with Kulfi, no matter whatever happens.

Shukla gets mistaken that Krishna has fled with Dr. Veer. He tries hard to reach the village and catch them red-handed. Shukla isn’t aware that Veer and Krishna are in deep trouble. Veer tells Krishna that he will not let anything happen to her and himself. He tries hard to free up Krishna so that she can find some help for them. Veer and Krishna courageously fight the goons to save their lives. They want to stop the ongoing crimes in the village.

Chakor arrives in Mumbai with a big hope that she will find Anjor. She wants to search for Anjor and convince her with love. Chakor doesn’t know that Anjor hates her. Anjor has much attitude and doesn’t care for anyone. She doesn’t believe in love because of Chakor and Raghav. Chakor gets robbed by a thief, who runs away with her bag. Chakor loses the address of Jatin’s house. She feels she has lost the address and now she can’t find Anjor. Anjor learns about a woman in trouble. She wants to save the image of her city.

She rushes after the thief and stops him. She gets Chakor’s bag from him. She asks the people to return the bag to the woman. She unknowingly helps Chakor. Chakor gets Jatin’s address once again. She blesses the girl who saved her bag and also saved her dreams. She goes to find Anjor at Jatin’s address. Chakor will come face to face with Anjor and her hatred.