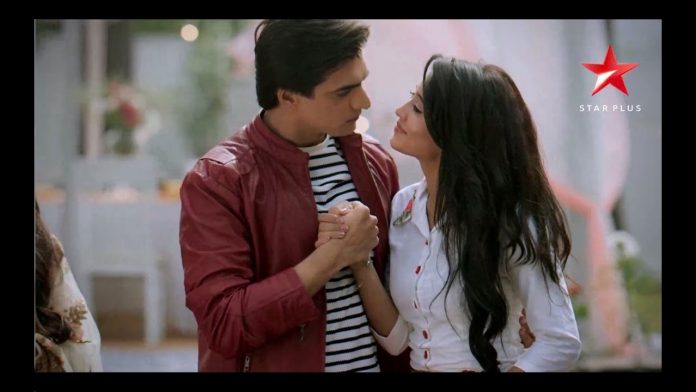 Yeh Rishta Kartik barges into Naira’s life with high hopes to remind her about her past. Naira forgets everyone from her family and in-laws. She doesn’t remember even her extended family from Rishikesh ashram. All just she remembers is her dance. She keeps up the talent and displays it at the temple where she struggles with her innder conflicts, while some memories flash up and make her restless. She vents out her frustration over her incapability to remember anything via her Tandav dance. Naira performs the dance to vent out her anger and sorrow. Kartik picks up from where he left and returns in Naira’s life. He barges into Naira’s tough phase only to revive his life and make her recover.

He knows she is the person dealing with most pain. He realizes that if the family is going through such difficult time, what would be Naira going through, being blank about her relations and life. He conspires to help her. He reaches the temple by following her. Kartik becomes her shadow just to help her out. He just wants to protect her from any unknown danger.

Kartik cherishes the moments spent with Naira when he spots her dancing freely. He wishes everything turns normal in their lives. He gets the big responsibility of restoring the balance of harmony. Naira suddenly collapses when she visualizes Kartik in her memory flash. She doesn’t know him, since she didn’t see his photo at the time when doctor was introducing her family. Even Naksh didn’t keep Kartik’s pictures in her room. She wonders who is the strange person appearing in her memory flashes again and again. She gets restless to know about him. Her prayer get answered when Kartik reaches to her rescue.

The couple get blessed by the Goddess, who showers the special chunri on them. Naira gets to see Kartik for the very first time since she lost her memory. She tries to connect the dots and realizes he is the same guy she has seen in her dream. Kartik vows to remind her their strong relation bonded by love. Will Naira realize her relation with Kartik? Keep reading.

Anurag is helpless to marry Komolika. He loves just Prerna. He doesn’t want to hurt Prerna’s heart, but ends up doing this to save both the families from destruction. Anurag performs with Komolika in the party on a romantic number. He imagines Prerna with him. Anurag and Komolika’s marriage is fixed. Their pre-marriage function brings happiness in Basu family. Anurag pretends to be happy. He is against the unwanted marriage, but is much compelled by Komolika. She is very happy to win Anurag’s love. She doesn’t care if he doesn’t love her. She is pressurizing him for marriage. She is happy in his own world.

She doesn’t care for his sorrow. She just wants to ruin Anurag and Prerna’s happiness and love story. Anurag takes up all the problems on himself to solve the problems of Prerna and his families. He will be getting Prerna’s hatred in return. They will be giving a test of love. Anurag makes a big sacrifice for the sake of Prerna’s happiness. He doesn’t reveal the truth to Prerna. Prerna hates Anurag for the big deceive.