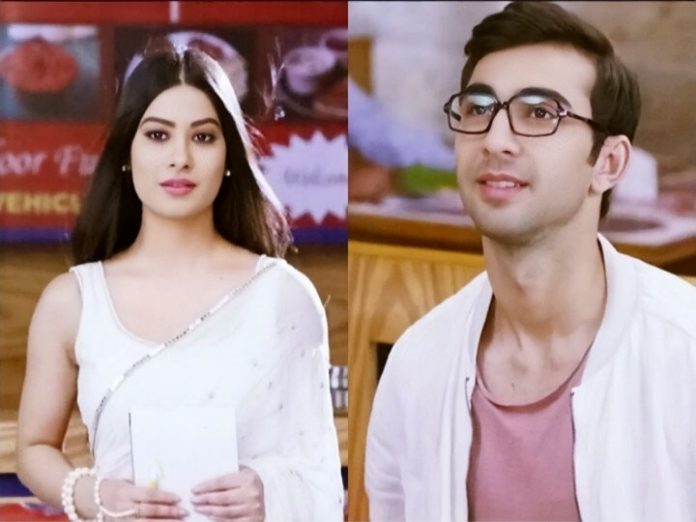 YHM Big decision time for Yug. Everyone congratulates Aaliya and Rohan for being a couple in love. Ruhi wishes them all the best. Karan gets sweets for them. He tells Rohan that he is very happy for them. He wishes them all the best for their togetherness and new business venture. Ishita and Raman gift something special to Aaliya and Rohan. They make the moment more special by their thoughtful gifts. Karan is sure that all the relationships will suffer when Yug comes home. He wants to inform Sudha about Yug, who can bring a twist in Aaliya and Rohan’s lives. He makes a plan to meet Yug. Meanwhile, Yug feels his life is ruined without Aaliya. He is blindly in love with her. Yug sounds much upset. He gets angry on his friends. He shows his madness for Aaliya. He wants his friends to respect Aaliya.

They ask him to understand the truth and accept it. Yug slaps his friend in anger and loses their support. Yug gets the card and thinks of meeting Karan. He wants to know who is Karan. He doesn’t remember their meeting. He wonders who is Karan. He doesn’t know why Karan is interested in meeting him. Raman tells Ishita that he wants Rohan and Aaliya to stay together as a couple. Ishita doesn’t know if they are ready to stay with them.

Raman wants Rohan to live with them until he is capable. Ishita also wishes good for Rohan and Aaliya. Yug meets Karan, and realizes meeting him before. Karan tells him that he is Rohan’s brother. Yug doesn’t want to listen to him and thinks if Karan is up to some mischief. Karan tells him that he is here to talk about Aaliya. He reveals to Yug that Aaliya isn’t a widow now, she is married to Rohan. He explains his intentions to break Aaliya and Rohan’s marriage.

He wants Rohan out of Aaliya’s life. He clearly states his motives. He asks Yug to make an entry in Aaliya’s life as her dead husband Adi Yug asks Karan how can he help him in this. Karan shows him Adi’s picture. Yug laughs on his jokes. Karan tells him that its Adi, Raman and Ishita’s son. He asks Yug to see Adi, who resembles him. Yug gets a huge shock on seeing the picture again. He tells Karan that he isn’t evil, he can’t ruin Aaliya’s marriage if she is happy with Rohan. He loves Aaliya and doesn’t want to come between her happiness. Karan wishes Yug agrees to them. Yug realizes Karan is saying the truth about Adi. He feels sorrowful that he will become a reason of tension in Aaliya’s life.

He doesn’t want to trouble Aaliya or Ishita. He owes a lot to Ishita. He tells his friends that Ishita’s son Adi resembles him. He apologizes to his friends. He tells them about Adi, who was Aaliya’s first husband. Raman gets impressed with Rohan further. He asks Aaliya about Ishita. Raman wants to know where is Ishita. Yug’s friends ask Yug not to run after Aaliya. Yug feels Aaliya has chosen her life partner. He doesn’t want to chase Aaliya. Yug takes a big decision to move out of Aaliya’s life.

He wants to find happiness in her happiness. Ishita arrives home with a big news for Rohan. She tells Rohan that she has booked a flat for Rohan and Aaliya. She wants Rohan and Aaliya to live independent and have their privacy. Raman likes her idea. Rohan tells Aaliya that he was also finding a house for them. Ishita wishes them a new better start. Rohan learns about Sudha’s bad condition and runs to meet her. Yug fights with her inner dilemmas. He thinks to accept Karan’s offer and break Aaliya’s marriage with Rohan.