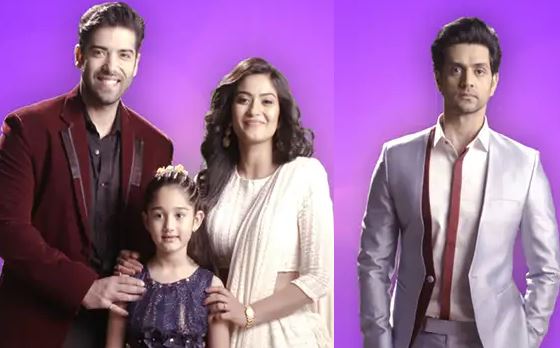 Silsila Disturbing moments. Mauli feels guilty for spoiling Ishaan’s birthday eve. She feels more guilty when she lies to Kunal as well. Kunal apologizes to her and tells her that he knows about her pregnancy complications well. He promises her that he will not wish for a baby now, since she is most important for him. She tells him that she is very much important for his family. He tells her that he has read her medical reports. She tells him that its not her reports, she is absolutely fine and she can conceive a child. Kunal gets much relieved knowing Mauli doesn’t have any complications. He requests Mauli never to cheat him, since he can’t live without her.

Ishaan gets a dream of Mauli and his marriage. He wishes that his dream turns true. He wants to marry Mauli soon. He badly misses Mauli. He wonders why is fate playing games with them. Mauli feels bad when she recalls Kunal’s words of true love. She recalls his cheat. She wishes if she could give a chance to Kunal again. Her heart gets bonded towards Ishaan, remembering his genuine concern, love and respect.

Her dilemma grows further. She doesn’t know how to decide for her future. She doesn’t want to hurt Ishaan’s heart. Kunal and Ishaan, both care for Mauli the same way as a good life partner. Mauli shares her guilt with Radhika and Dida. She is sure that Ishaan will forgive her. Mauli tells them that she wants to apologize to Ishaan and make up for her mistake. She decides to surprise Ishaan in some way. Radhika wants Mauli to be with Ishaan. Dida tells her that she also wants to have a family with Kunal and Mauli once again. She feels Kunal should join back the family. Radhika feels bad for Ishaan, who has done a lot for Mauli and them. She wants Ishaan to get what he deserves.

Dida tells Radhika that only the lucky people get love and if Ishaan is deserving of Mauli’s love, he will surely get it. She feels Mauli loves Kunal, since she was destined to be with him. She tells Radhika that Mauli’s heart will find a way to identify her heart. Mauli overhears their conversation. She stays disturbed. Kunal catches Mauli’s lie once again. He confronts her about her visit to the hospital. Mauli couldn’t help, but lies to him again. Kunal gets angry knowing she is lying to him. He wants to know what is she hiding from him. Mauli feels miserable to cheat Kunal and Ishaan.

She doesn’t want to lie to both of them. She decides to end the dual-faced life and come up with a solution to all the problems. Elsewhere, Ishaan stays disturbed over Mauli and Kunal’s closeness. Mauli calls him up and asks him to meet her urgently. Ishaan tells her that he has to take care of the kids. She insists him and asks him to meet her at the mall. Kunal spies on Mauli to know her plans.

Mauli plans a surprise for Ishaan. She writes a lovely note for him. Ishaan waits for Mauli at the mall. He wants to know why didn’t she turn up if she was willing to meet him. Kunal becomes an obstacle in Mauli and Ishaan’s love story again. He ruins Mauli’s surprise. He asks Mauli is this surprise for someone else. He wants to know what’s happening between Mauli and Ishaan. He feels cheated by her gesture. Kunal stays calm until he catches Mauli and Ishaan red-handed. He gets insulting Ishaan badly in front of Mauli.