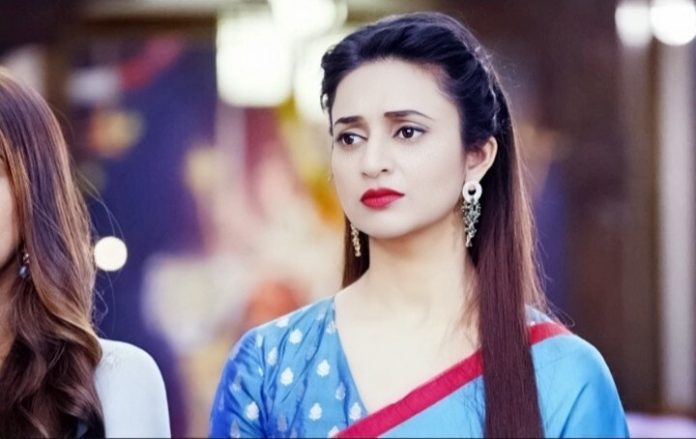 YHM Upcoming Revenge love drama. Ishita takes a desperate measure to keep Yug away from Aaliya and Rohan’s lives. She tells Shagun that Yug needs a lesson to be taught so that he doesn’t break Aaliya’s peace again. Shagun tells Ishita that she will support her since its about Aaliya’s future with Rohan. Yug just wanted to alert them about Karan. Ishita gets the police at Yug’s house to get him arrested. Ishita and Shagun get angry on him for troubling Aaliya. They warn him against following Aaliya. She doesn’t listen to Yug at all. Yug pleads to her to listen to him first. Meanwhile, Rohan is stressed for Sudha’s ill state. He tells Raman that he is much worried for his mum. Raman and Aaliya support him.

Rohan decides to shift to Sudha’s house so that he can take care of her. Karan apologizes to Raman after knowing Raman has arranged the best doctor for Sudha. Raman understands their love for their mum. He also wishes that Sudha gets fine and Rohan’s worry ends. Ishita and Shagun make Yug get behind bars. They don’t want him to ruin Aaliya’s life.

Yug wants to explain Ishita that he isn’t having any bad intention. Inspector beats him up in order to teach him a lesson. Yug wishes to talk to Ishita once and explain his intentions. Rohan and Karan take care of Sudha. Karan assures Sudha that Rohan will live with them now. He doesn’t want Rohan to give any stress to Sudha.

Raman is afraid that Sudha will trouble Aaliya in her house. Ishita is sure that Aaliya is strong and won’t bear any tortures. She tells him that they will keep a check on Sudha and not let Sudha do any wrong with Aaliya. Yug’s friends worry for Yug and want to know where is he. They get informed that Yug is in police station. They can’t believe that Yug is arrested. Sudha’s condition gets better. She finds Rohan and Aaliya together. Karan asks Sudha not to show her annoyance to Rohan.

Karan tries to calm her anger and accept Aaliya for time being. He tells Sudha that he will plan a homecoming party for Rohan and Aaliya. Yug’s friends reach him to help. They beg the inspector and get some time to meet Yug. Yug tells them that he is in bad state just because of Ishita. Yug wants to teach a lesson to Bhallas. He wants revenge. He doesn’t want to accept the humiliation done by Ishita. He tells them that he will avenge his pain. He promises himself that he will settle scores.

Raman gets stressed about Sudha, who may trouble Aaliya. Ishita tells Raman that she has made a legal agreement for Rohan, and Rohan will sign the document by understanding their concern if he truly loves Aaliya. She tells him that Rohan and Sudha can never trouble Aaliya after this agreement. Will Rohan sign the prenuptial agreement and prove his love for Aaliya? Keep reading.