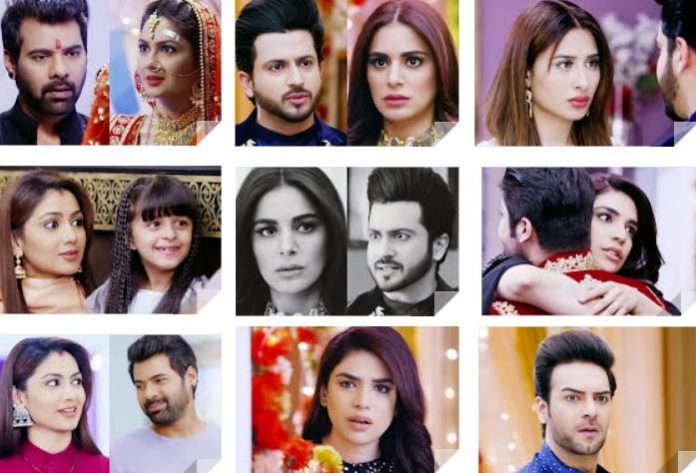 Dramatic twists in Kumkum Bhagya: King warns Tanu not to dare again to harm Pragya else he will kill her. Pragya comes to know about Tanu’s conspiracy and slaps her blaming her for trying to kill her baby. Abhi is shocked and slaps Tanu. He holds her hand and throws her out of the house. Tanu is shocked and angry. Tanu plans to strike Abhi and Pragya’s happy family to fulfill her revenge. King wants to keep his friendship with Pragya, but he gets influenced by Tanu, who constantly brainwashes him against Abhi.

Kundali Bhagya: Monisha asks Preeta to tell Karan to marry her silently and also forget that he is the Karan Luthra. Shristi is upset and executes her next plan. She gives injection to Monisha to make her unconscious so that marriage doesn’t happen. Rishabh, Preeta and Karan are shocked with her sudden move. Preeta scolds Shristi. Shristi tells her that Karan has to marry someone else now so that he can be saved from Monisha. She asks Preeta to marry Karan to save his future if she can’t accept her feelings for him right now. She is well aware that both Preeta and Karan love each other, but aren’t courageous to accept this.

Tujhse Hai Raabta: Sampada announces the game and tells that it is for couples. She asks the participant husbands to aim gun at the target and win the earrings for their wives. She asks Atharv to win the earring for her. Atharv steps forward to participate first. Kalyani waits for Malhar and hopes he will come there. Aparna stops Malhar from going there and informs Sampada. Atharv tells Anupriya that he hopes from the God that he don’t make Kalyani Rane’s life as your life. He smirks. Kalyani gets sad.

Malhar comes there and asks him if he knows how to use gun or just knows how to use tongue only. Atharv asks who is there? Malhar says your father, Malhar Rane. Kalyani gets happy seeing her and asks Malhar to participate in the game for her. Sampada asks Atharv to win from Malhar and get earrings for her. Malhar and Atharv aim at the target. Malhar wins earrings for Kalyani, making Sampada and Atharv angry.