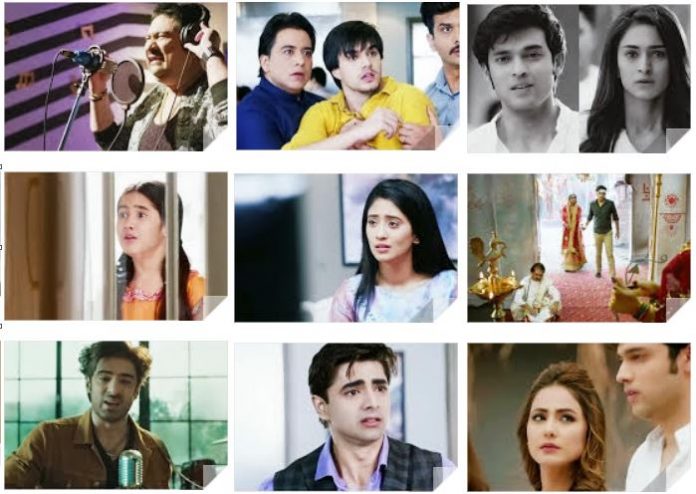 YRKKH Kulfi Kumar Kasautii Zindagii Kay: Shivani urges Prerna to meet Anurag once and stop him from committing his mistake of getting engaged to Komolika. Prerna rushes to stop Anurag from entering a wrong relationship. She meets Anurag while he is getting engaged to Komolika. She stops him and reminds him the love vow he has given her. Anurag denies all the love vows he has made to her at the temple. He wants to create hatred in her heart so that she loses faith in his love and forgets him.

He wants Prerna to move on in life. He badly insults Prerna and tells her that they have no similarity, she can never match his status. He remarks that she can never be of his status, she has nothing special in her that makes her qualified to become a part of his life. He taunts her that she has no class and sense. He insults Prerna and breaks her heart. He calls Komolika a perfect match for him and shows the door to Prerna. He wants her out of his life.

Kulfi Kumar Bajewala: Sikandar and Kulfi have an emotional moment when Lovely compels Kulfi to leave for the boarding school. Sikandar fails to stop Kulfi. Lovely separates them and sends Kulfi in the car. She calls her goon and asks him not to let Kulfi reach the boarding school. She asks him to send Kulfi very far from Sikandar’s life. Sikandar didn’t wish to get away from Kulfi. Lovely doesn’t listen to Sikandar. She asks him to go and meet Amyra, who is waiting for them. Sikandar meets Amyra, but his pain doesn’t get less. He misses Kulfi badly. Sikandar gets Nimrat’s diary, where she has written Kulfi’s truth. Sikandar learns that he had a daughter with Nimrat. He wants to know about his daughter. He learns that Kulfi is his daughter, and gets hugely shocked.

Naira and Kartik are going to start a new love story with new identities. Kartik and Naira choose each other for the dance practice. They have a romantic dance on a lovely song. Naira learns that Kartik is a good dancer, named Sid. She has got blank about her past. She is mesmerized with Sid, after watching his dance and looks. She falls in love with him. He writes his name on her heart gone blank. He starts fresh and wins her heart. She wants to spend time with him, since she doesn’t remember anyone.

Kirti wants Naksh to give attention to their baby. She asks him to manage the baby. He tells her that he likes to play with the baby, but he has to manage Naira first, even she is aware of Naira’s condition. He asks her to manage the baby herself, until he returns home after picking Naira from the dance classes. He doesn’t want anyone to hurt Naira, knowing about her memory loss. He is much worried for Naira’s safety. He doesn’t know that Kartik is already protecting Naira.

Muskaan:
Sir ji and Sujoy make a plan to separate Ronak and Muskaan. Sir ji calls it enough that Muskaan is coming back in Ronak’s life again and again, and ruining their family. He promises Kajal that he will get Ronak back to her at any cost. He can’t see his family breaking because of Muskaan. He makes an evil plan to get Sujoy and Muskaan killed. Sujoy also has a plan to kill Ronak and Sir ji. Sir ji and Sujoy get ahead with their plans, unaware that destiny has already set plans for Ronak and Muskaan’s togetherness. Sujoy meets Muskaan and tries hard to convince her. He threatens of killing Ronak, but Muskaan comes in between. Sujoy gets shot by Sir ji. Sujoy would be dying, while Muskaan becomes the next target. Ronak defends his father’s attack to save Muskaan.

Vedika gets panicking when Puneesh puts Ved’s life in danger. She rushes to save her son’s life. She gets a huge shock when she finds Pankti and Sahil married. She faints down suddenly. Sahil gets worried for Vedika’s state. He rushes Pankti home. He wanted Vedika to express her love for him, by playing this marriage drama. Sahil didn’t marry Pankti, but just wanted to clear Vedika’s misunderstanding. Sahil pacifies Vedika and tells her that he didn’t marry Pankti. Vedika doesn’t believe him and thinks Sahil has really married Pankti.