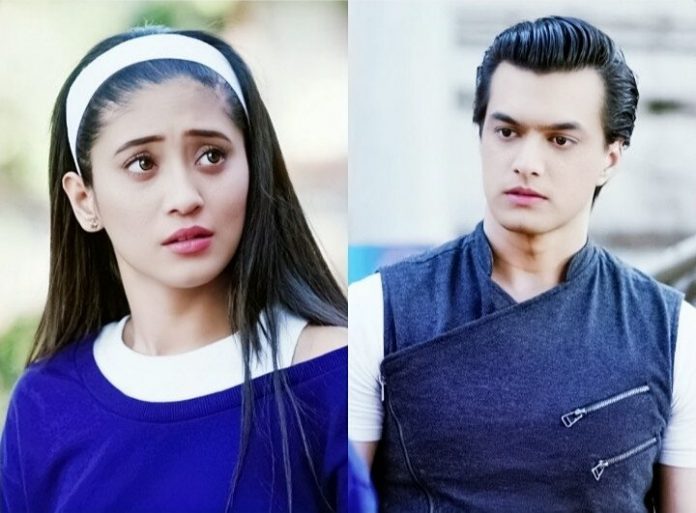 YRKKH Naira to find the hidden truth. Kartik compliments Naira for her wonderful dance. He enjoys watching her like always. Kartik and Naira come closer during the dance practice. Destiny brings them together when they choose each other, being blindfold. They dance together, only to realize it later that they have chosen each other. Dadi meets Krish, and comes to terms with Naksh’s hatred for Kartik. He clears out that he will not forgive Kartik. He doesn’t want to snatch any right from Kartik’s family. He asks Dadi not to defend Kartik’s actions.

He tells her that Goenkas will always have a right on Kirti and Krish, but he won’t give this right to Kartik, who has done a big mistake by snatching the happiness of Singhania family. He asks Dadi who had given the right to Kartik to decide for everyone’s fate alone. He feels Kartik has made a big mistake for which he can never be forgiven. He asks Dadi not to expect anything from him, since his hatred for Kartik will never subside. Dadi feels sorrowful with Naksh’s anger. Kirti supports Naksh like a dutiful wife. Dadi doesn’t want the hatred to end their senses.

She wants Singhanias to forgive Kartik. She asks them to give a chance to Kartik and Naira’s relation for the sake of their happiness. Dadi meets Singhanias and makes a leave, asking Kirti to take care of Krish. Naksh tells the family that Naira’s life is ruined. He feels they are lucky to get Naira back, anything could have happened with her if police didn’t get her home. He tells them that he will get Kartik arrested if he finds Kartik around Naira. He wants Kartik and Naira to get separated. Kartik senses Naira with him by her touch. He loves her a lot and wishes she identifies him by the eyes of her heart. Naksh is sure that Kartik won’t come in Naira’s life now. Devyaani tells him that fate will decide everything, he can’t decide anything for Kartik and Naira.

Moreover, Naira feels she has met Kartik before. Kartik tells her that he didn’t see her before. Manish doesn’t want Naksh to know about Kartik trying to help Naira. Dadi is sure that Kartik and Naira will unite again, its their destiny, Naksh can’t write their fate.

Naira gets suspicious of Kartik for a moment when he acts weird. He apologizes and clears her doubts smartly. Naira feels he is good-hearted. Kartik longs for her love. He wishes she gets fine before the day of Valentines. Meanwhile, Naksh tells Kirti that he is worried for Naira, and will be around her to protect her. Kirti asks him to give time to baby as well and strike a balance. He tells her that he can’t leave Naira alone because of her memory loss. Naira makes new friends.

Kartik is happy to see her happy after a long time. He also becomes her friend. Naira likes him and wants to know more about him. She compliments him for being understanding and sensitive. She doesn’t feel awkward while being in his company. He takes it as a good sign. Kartik and Naira plan to meet. Naira reaches Goenka Villa and connects with her old memories partly. She gets close to find Kartik’s real identity.