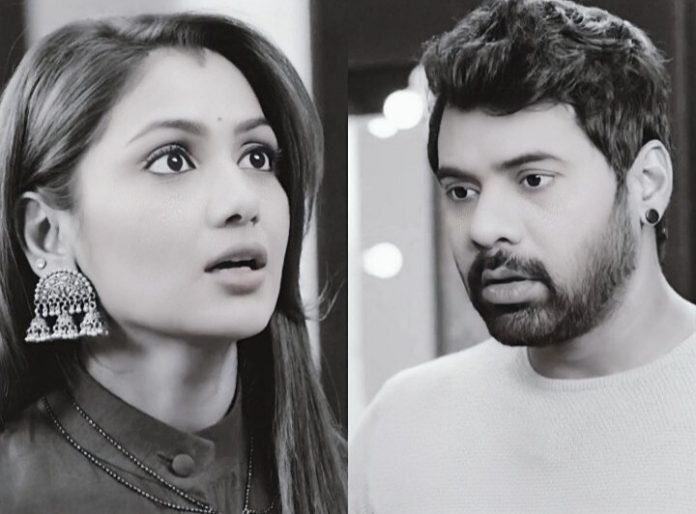 Major twists in Kumkum Bhagya. Abhi tells Pragya that she will see only his dreams, all mornings will be colorful for her as she will see him after waking up. He tells that he will give her breakfast, bed tea, lunch and dinner with his hands. Pragya gives him a morning kiss. Tanu has become more evil after getting kicked out from the house and determines to snatch all their happiness. The show is taking a leap soon. Abhi and Pragya will suffer another separation in the coming track.

Rajaa Beta: Pankhudi tries to make her place in Vedant’s life. She determines to free Purva from her married life for everyone’s betterment. Purva tells Vedant that Dwivedi called and offered her a job after seeing the party arrangements. She tells him that she agreed to take up the job. Courier guy comes and gives the courier to Ramesh and Gomti. They read the appointment letter. He tells that he will not let his family’s respect ruined. He scolds Purva and tells her that he will not let her do a job. Purva says when you can send your house’s respect to jail, then why not to work. Ramesh says how dare you and raises her hand. Purva holds his hand stopping him. Vedant supports Purva’s decision angering Ramesh. Pankhudi tries to win everyone’s heart.

Kundali Bhagya: On everyone’s insistence, Preeta gets ready as a bride and wears Monisha’s clothes, so that the latter’s family don’t get doubtful. Monisha’s mum gets doubtful. Karan, Rishabh and others get surprised seeing Preeta in bridal look. Karan couldn’t take off his eye off from Preeta. They go to the mandap and sit. The marriage rituals begin. Preeta gets tensed as her marriage starts with Karan. Karan and Preeta will be getting married.

Tujhse Hai Raabta: Atharv calls Principal, students and the people coming to the exhibition. He tells them that Maayi has a change of heart seeing many young guys in the college and want a kiss. Kalyani pacifies Anupriya who feels humiliated by Atharv in front of everyone. Atharv says Maayi wanted to have a kiss and that’s why stood under mistletoe tree so that someone can kiss her. Kalyani confronts Atharv. Malhar gets angry at Atharv and asks Principal why he calls such chief guests who humiliate women.