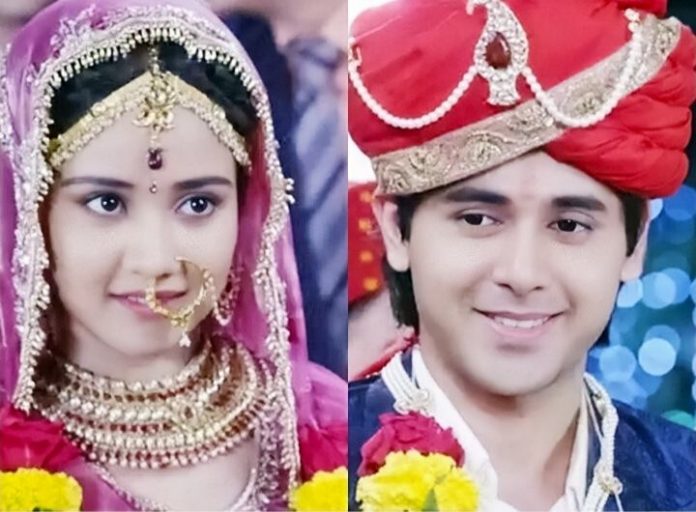 Spoilers Yeh Un Dinon Ishq Mein Marjawa and more. Krishna Chali London: Dr. Veer scolds Krishna and makes her out of the hospital. Krishna pleads to Veer to listen to him once. He is doing this for a purpose. She tells him that she is not wrong, and she has the proof for this. He tells her that its illegal to faint someone forcibly. He asks her what will she do when he gets her caught, will she send him to jail. He tears the proof of her innocence and asks her to get lost. He doesn’t listen to her. Krishna tells him that she didn’t wish to cheat him by not accompanying him to London.

She tells him that she was really coming to the airport and wanted to solve his problems in London. She was really keeping her promise, but couldn’t reach the airport. She tells him that she was drugged, and couldn’t be at the airport on time. She gets the medical reports to prove herself. He doesn’t listen to any of her clarification. He will realize his mistake and apologize to her. She knows he is very angry as his breaks broke once again.

Ishq Mein Marjawa: Tara tries to charm Deep with her love once again. Deep knows her madness. He tells her that he doesn’t love her, he just loves Aarohi. Tara cages him, while she romances him. She reminds him about their love and romance moments. Tara has kidnapped Aarohi again. Deep traps Tara in her own love cage. He rushes to save Aarohi from Tara’s deadly plans.

Kasautii Zindagii Kay:
Anurag chooses Komolika as his perfect life partner. Anurag blames Prerna for trapping him for money. He insults Prerna a lot and throws her out of the house. Prerna slaps Anurag and curses him that he will never get true love in his life. They part ways forever. Prerna leaves from Basu house and sheds tears, reminiscing their moments of love vows.

Yeh Un Dinon Ki Baat Hai:
Sameer waits for Naina in the mandap. Naina goes missing once again. Sameer has no idea where did she go. He wants to see her. He gets tired waiting for her. Sameer’s friends tease him and ask him to go and see his well decorated once, so that his excitement gets high. They want Sameer to appreciate their hard work. They ask Sameer does he want to marry for standing here. They pull Sameer’s leg. Munna tells them that a married woman can be identified by mangalsutra and sindoor, but none can know if a man is married, since he carries no proof of marriage.

Internet Wala Love:
Jai meets with an accident. Karan has got this accident gone to hurt Jai. Jai finds the culprit and tries to catch him. He hits Karan with a stone and tries to see his face. He fails to remove the hood and see his face. Jai fails to know Karan’s truth. Karan beats up and throws some powder in Jai’s eyes. He flees in no time.

Udaan:
Anjor vents anger on Sameer. When she gets back to her senses, she feels sorry and apologizes to Sameer. Anjor is unhappy with Chakor’s comeback. Anjor emotionally breaks down. She expresses her feelings to Sameer. She tells him about the problems of her life. Sameer gets upset when Anjor misunderstands him. When she apologizes to him in a nice way, he forgives her. She tells him that he is her friend from now on and she will not cheat him. All his anger melts down in a fraction of second when she gives him a rose.