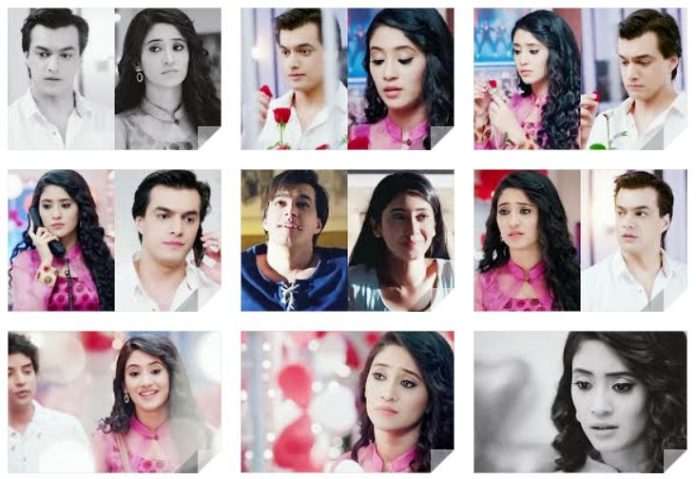 YRKKH Shakti Ek Thi Rani Internet Wala Love: Police arrest Rupa and tell that Aadhya complained against her. It is actually Karan who filed the complaint on Aadhya’s behalf. Karan determines to separate them. Ragini says your togetherness will be difficult. He tells that nobody must have imagined what big blast will happen in court tomorrow. In the courtroom, the Prosecution lawyer shows the proofs and tells that he has report that Bhujiya had poison in it. Karan and Ragini all smile sitting in the court. Aadhya tells that Bhujiya can’t have the poison and says for this, you don’t need to test. She consumes the bhujiya to prove that it is good. Her condition deteriorates and she asks Jai to take her to hospital. Jai looks at Rupa who is standing in the witness box as the accused. Rupa gets against Aadhya.

Shakti: Harman and Soumya get happy after getting Soham from Bhallas. They inform their family members that they found Soham. Harak Singh and Preeto get very happy. They hang out with Riya and roam Singapore. Harman and Soumya have some romance and dance. They plan to return home with Soham.

Yeh Un Dinon Ki Baat Hai: Taya ji puts forth a deal before Rakesh and tells that he will make Arjun’s life settled with rich Juhi. Rakesh is forced and emotionally blackmailed by them, not to go to Naina’s marriage. He chooses Arjun’s future leaving Naina’s marriage. All guests ask Anand about Rakesh. Rakesh calls Anand and tells him that he is not coming to Naina’s marriage. Taya ji and Tai ji smile. Anand asks where are you, everyone is asking about you. Rakesh says I can’t come. Anand asks why suddenly. Naina hears him and is shocked. Anand and Bela go ahead to do Naina’s kanyadaan.

Ek Thi Rani Ek Tha Ravan: Rivaaj thinks to kill Rukmani before Rani reaches here. Rani takes Police help and goes to Rukmani’s last location using her phone location. Rivaaj gets tensed as Rukmani is in his car still. Rani is sure that Rukmani is in danger and doubts on Rivaaj. Rani couldn’t see Rukmani in his car. Rivaaj wants to kill Rukmani to execute his plan to get Rani.

Roop: Samru and Kaushalya’s conspiracy makes Roop pay a heavy price. The panchayat men announce that Roop, his sisters, and Kamla are banned from their Pind, nobody shall have any relation with them or help then. Roop is shocked.

Naira reaches Kartik to surprise him on the Valentine’s Day. Naira feels its a bad omen that a blast occurred by short circuit when she stepped inside the house. She thinks what’s happening that she has proved to be unlucky for Sid. Naira doesn’t meet Kartik and leaves from there. Kartik finds Naira there and wonders how did she come. Kartik gets afraid that his identity will be revealed. He rushes to hid from Naira.

Jhansi Ki Rani: Manu hears British Captain Ross telling his colleague how he fooled Gangadhar to have Polo Match with them. He says Gangadhar will definitely lose the match and then have to give us 11 more villages for cocaine cultivation. Manu thinks to talk to Gangadhar. She goes to the ground where they are playing Polo Match. Ross makes Gangadhar fall down from his horse. Manu gets angry and sits on the horse herself and plays the Polo Match to save Jhansi. She defeats the British and wins the match. Gangadhar has the first glimpse of Manu while she is playing the match. He thinks Manu is the right girl for Jhansi’s future. Manu tells him about Ross conspiracy and Jhansi’s people plight.