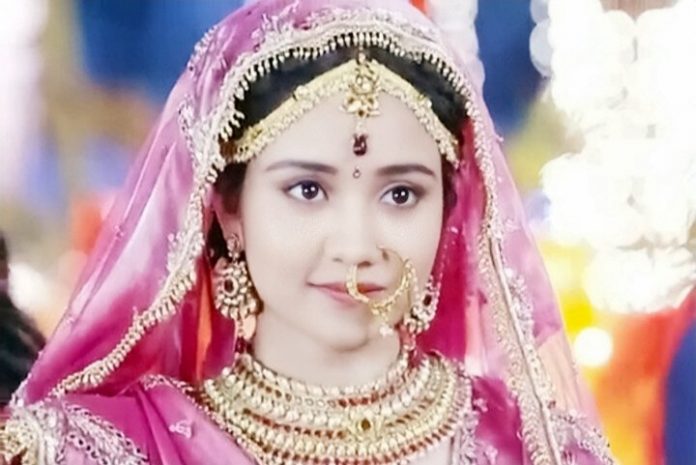 Yeh Un Dinon Ishq SubhanAllah and more: Elena gets ready in her bridal dress. Elena is going to marry Anas, but Zara doesn’t want her to sacrifice her happiness. Zara gate crashes the wedding to stop it. She hides from everyone. Zara and Kabeer’s relation will suffer once again when Zara protects Elena’s happiness. Zara wants the family to accept Elena and Aamir’s relation.

Internet Wala Love:
Aadhya saves Rupa and the Mittal sweet house reputation in the court. Rupa gets much happy and hugs her. She feels Aadhya is very responsible. Rupa has accepted Aadhya by her heart. She takes Aadhya to the media. She gives the house responsibility to Aadhya. She wants Jai to marry Aadhya soon. Jai and Aadhya are happy that Rupa is accepting their relation in front of them. The family celebrates. Jai makes a video on his phone.

Ishq Mein Marjawa:
Tara and Aarohi have a cat fight once again. Tara wants to kill Aarohi. She ties a rope to Aarohi’s neck and drags her. She takes the axe to kill Aarohi. Deep reaches there on time to stop Tara. He protects Aarohi once again. Deep loves Aarohi a lot. He reveals his truth to Aarohi.

Sitara:
Viraj proposes Sitara for marriage. Sitara rejects Viraj’s love. He confronts her for rejecting his love. He wants to know the reason, why she can’t marry him. She does the Tandav in the temple. She tells Viraj that she is a Vishkanya. Viraj doesn’t believe her. He says you can’t be Vishkanya. She asks him to see her true avatar. She uses her powers and gets a snake there to get herself bitten. She proves that she has more poison than the snake.

Viraj gets super shocked seeing her powers. She tells him that though she loves him, she can’t accept his love because of her shocking truth. She asks him to forget her and marry Nethra. They both shed tears. She prays to Devi Maa to get some answer. She wants Viraj to move on. She is very frustrated since she can’t make any relation with Viraj. She feels helpless to lose her true love. She confesses her reality to Viraj, only to stop him from announcing their marriage. Vrinda will be coming up with a drama.

Ghatbandhan:
Dhanak dances in Sejal’s mehendi. Raghu gets mesmerized seeing her. Sejal’s in-laws don’t know that Dhanak is married. Raghu declares that Dhanak is his wife. He asks Dhanak to accept their relation. Raghu’s mum taunts Dhanak for not inviting them in the function.

Yeh Un Dinon Ki Baat Hai: Sameer and Naina’s marriage completes. Naina’s Bidaai happens. Naina is happy to go to her Sasural, but she is much upset thinking she is leaving her Maayka behind. She has mixed emotions. She cries out when she meets her family members during her farewell. Anand and Bela get very emotional with Naina’s Bidaai. Rakesh blesses Naina and asks Sameer to take good care of Naina. Sameer promises to keep Naina very happy. Naina hugs her family members and gets an advice from all of them towards keeping her happy marriage. The Bidaai gets painful for Naina and her family. Anand and Bela fulfill a big responsibility of Naina’s marriage. Sameer and his friends plan to cheer up Naina. Sameer has succeeded to marry Naina and fulfill their dreams.

Ishqbaaz:
Shivaansh and Mannat escape from the police custody. They change their avatars. Shivaansh takes a disguise. They bond on the way. They are trying to catch Varun red-handed, so that they can prove Varun is alive and faked his murder. Shivaansh is protecting Radhika and took the blame on his head. He wants to clear his doubts about Radhika’s move to attack Varun. They reach Varun’s old house. They try to get inside the house to collect evidence against Varun. Mannat tells Shivaansh that she also wants to come along with him, else she will fall in trouble.