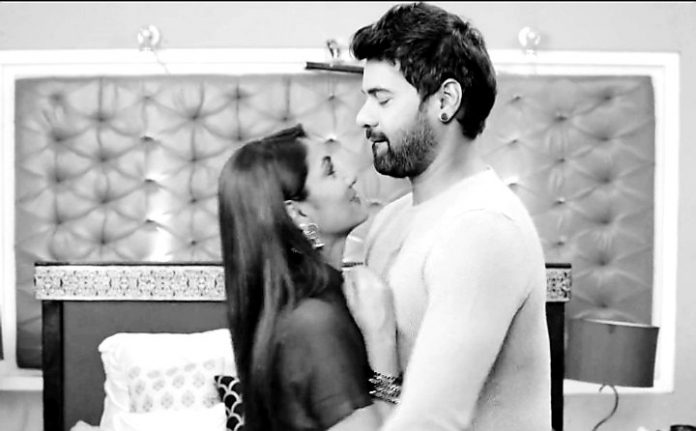 Shocking twists in Kumkum Bhagya: Mitali hears Kiara shouting and thinks she is playing with Sunny. Nikhil kidnaps Kiara and makes her unconscious. He thinks if he leaves her this time then she will tell Abhi and Police about him. Abhi asks Sunny about Kiara. Sunny says she is not with me. Mitali says you both were playing, and she was shouting. Sunny says no. Disha asks Pragya not to get worried. Pragya tells her that she can sense Kiara is not fine. Nikhil will murder Kiara and this leads to Abhi and Pragya’s separation before the big leap of 20 years. The story will then focus on their twins living their lives separately away from each other.

Tujhse Hai Raabta: Anupriya tries to commit suicide and writes a letter accepting that whatever happened in the college was because she was not wearing mangalsutra, if she had worn then this wouldn’t have happened. Kalyani comes to the room and sees Anupriya unconscious on the chair and mangalsutra in her hand. She saves Anupriya and cries hugging her. She tells her that she will make her life blossom again and will fill her life with happiness. She gives inspiration to Anupriya to live. A middle-aged man is coming in Anupriya’s life, with whom Anupiya collides. Kalyani gets the idea of seeing him and chooses him to be her father.

Kundali Bhagya: Prithvi tries to stop Monisha from telling the truth and thinks he will be exposed. Shristi and Rishabh still try to make Monisha speak the truth. Prithvi thinks how can Preeta sit on the bride’s place and thinks to stop the marriage. Preeta and Karan come to the mandap. They proceed for the marriage.

Rajaa Beta: Vedant requests Preetam to accept Gomti without any conditions. Preetam tells that he is helpless as the condition is kept by his mother and he can’t go against his mother’s wish. Vedant thinks about what to do. Ramesh tells Gomti that one side he will do her kanyadaan and another side, Purva returns to her house. Vedant hears them and says Purva will not go anywhere. He tells Preetam about his mother’s illness and asks him to take her to hospital. Preetam takes her mother to the hospital. Vedant diagnosis of the illness. Preetam becomes grateful to him for identifying her illness and agrees to take back the condition before him. 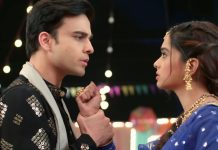 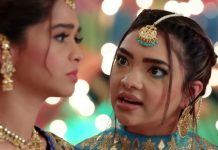