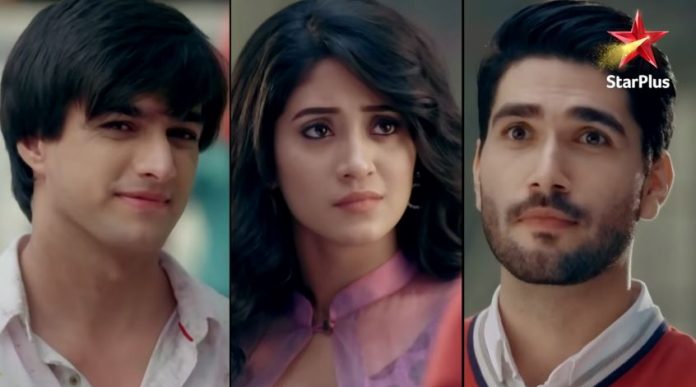 YRKKH Yeh Un Dinon Shakti and more spoilers: Naira dances happily while she realizes her feelings for Kartik, whom she considers Sid post her memory loss. Love connects Kartik and Naira once again, when her memories get flushed out by the blood clot in her brain. Kartik’s feelings get heard by her heart. Kartik and Naira are happy to explore their new life by having a new beginning. Kartik plans to celebrate his anniversary with Naira. Naira falls in love with Sid. Rishabh, an old friend from Cape Town returns in her life. Naksh brings Rishabh in Naira’s life and reminds her about her crush on Rishabh. Naira doesn’t show any interest in Rishabh, since her heart longs for just Sid.

Sejal attempts suicide. Dhanak and family rush to stop her. Dhanak breaks her hatred on Raghu. She tells him that she will ruin his life if anything happens to Sejal. Raghu’s mum thinks Raghu has done everything to take revenge. She celebrates Dhanak’s sorrow. She feels proud of Raghu. Raghu wants to explain Dhanak that he loves her and wanted to protect her sister. Mai doesn’t let Raghu clarify things to Dhanak. The family worries for Sejal’s life. Raghu feels horrible seeing this. The situation gets critical with Sejal’s critical moment. Raghu wants to prove his innocence to Dhanak.

Yeh Un Dinon Ki Baat Hai:
Dadi Bua asks Naina not to watch TV much and don’t be stubborn to drive the car. Everyone waits for Bobby to do the rasam. Bobby, Kamlesh, and Prabha come up with a plan to upset Naina and Sameer. Later after Grahpravesh, everyone asks Sameer to not meet Naina for a while. Sameer doesn’t listen to elders. Sameer shows his room to Naina. They spend time together. Mami gets insulting Naina and asks her to keep some patience. The ladies taunt Naina.

Vishaka takes Naina with her. She asks Sameer and Naina to stay away until all the rituals take place. Sameer apologizes to Naina for putting her to taunts. Sameer tells his friends that he wanted to talk to Naina. He gets restless. He goes to meet Naina secretly. They are excited as they got married. Their romance becomes a trouble for them. Vishaka asks Naina not to ashame them by her doings. Naina cries on the first day in her Sasural. Sameer feels sad for her.

Roop: Shamsher is worried about his family. Samru misguides Shamsher and Roop. Someone comes to the house in the night and kidnaps Jigna. Roop has to battle Samru and his evil plans. Samru plays well by getting Shamsher’s trust.

Shakti: Soumya and Harman go to the Panchayat along with the family. Varun tells Sarpanch that Soumya is found with the baby at the airport. Harman and Soumya try to prove that Varun is lying and that they have brought baby from Singapore. They tell Sarpanch that Varun had given the baby for adoption to a Singapore based couple. Sarpanch asks if they have any more proofs. Shruti comes there and says I am the other witness and shows adoption papers. She tells Varun had given the baby for adoption to her husband. Sarpanch checks the papers. Harman asks Sarpanch to give their baby as now it is proved. Sarpanch tells that he will discuss with the villagers before taking the verdict. Varun tells the villagers about Soumya’s kinnar truth. Soumya decides to go to court to get the baby back and fight for her rights.

Jhansi ki Rani: Janki compromises with Gangadhar’s horse. Ross tells Gangadhar that if he loses the match then he has to shell out 11 villages to them. Gangadhar says only time will tell. Manu thinks Jhansi will win the Polo match from Britishers and make them defeat in their own game. Gangadhar falls down from the horse during the match. Manu who is standing near and witnessing the match gets down in the playground to play with Britishers.

Internet Wala Love: Karan manages to escape from Jai’s hold. Jai couldn’t see his face. Ragini and Karan steal money from the locker kept by Aadhya. Rupa gets upset with her that she couldn’t handle the responsibility given by her. Jai and Aadhya realize that the keys were fallen down when he had taken Aadhya out in the hall, blindfolding her. He tells Rupa that someone wants them to doubt Aadhya which will never happen. Karan talks to his sister on the wheelchair and blames Jai for her condition. He tells that he will ruin Jai and his family. He says now it is time for Jai to feel pain. He says he will make Jai die every moment like his sister is dying every moment. Jai thinks to find out who is doing this and asks Aadhya what wrong did they do, that someone is doing this with them. Aadhya tells Jai that they will find out about the evil guy.