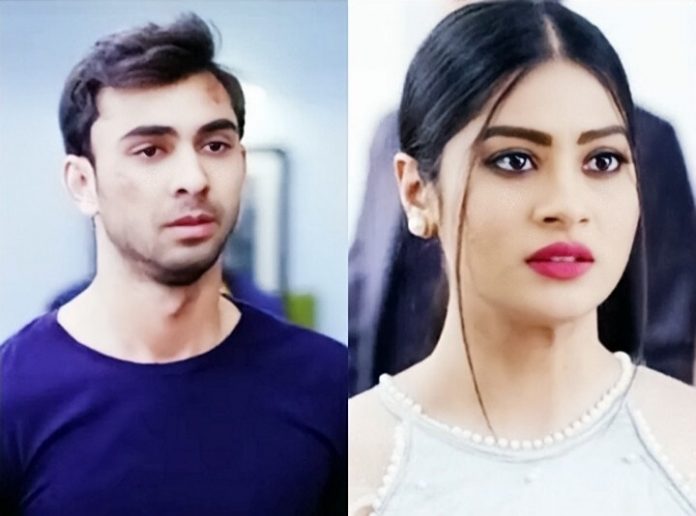 YHM Shockers in Yug Aaliya’s fate. Aaliya chooses Yug over Rohan. She apologizes to Rohan. She tells him that she loves Adi a lot and wants to start a new life with him. Rohan tells her that Yug is just an imposter. Rohan and Yug fight and hurt each other. Aaliya wants them to stop some how. Raman and Ishita intervene and stop the fight. Aaliya tells them that its Rohan who initiated the fight. She tells Rohan is at fault. Karan asks her does she not love Rohan. He scolds Aaliya for choosing Adi. Rohan gets disheartened. He wants to expose Yug. Ishita wants to do the same. Rohan tells her that Yug can’t stay with Aaliya. Mani asks Rohan to understand that Aaliya is pushed back into the past on seeing Yug. He tells Rohan that they can’t take Aaliya out of this dream, and have to give her some time.

They are sure that Aaliya will value Rohan’s love. Karan asks Rohan to have patience, since no one is able to understand their pain. Mani feels bad for heartbroken Rohan. Meanwhile. Yug rejoices getting Aaliya’s love. Ishita scolds Yug for playing with everyone’s emotions. She loses her control.

Ruhi asks Ishita not to hurt Adi. She shares her plan with Raman and Ishita. She asks them to do a drama to know Yug’s truth. Raman doesn’t listen to their plan. Ruhi tells Ishita that she has made a brilliant plan to expose Yug using Adi’s son. She tells that she has planned a fake attack on baby Adi, so that Yug reveals his true side. She says Adi would have valued family, but Yug won’t risk his life. She is sure that her plan will work. Ranbir tells Vishal about Ruhi’s plan. He gets worried to make the fake attack. Vishal asks him to finish the task. Ruhi asks Ranbir to come soon and carry a fake knife.

She doesn’t want anyone to get hurt. Ruhi is confident that she will expose Yug. She asks Yug to come along for baby’s checkup. Karan informs Ruhi’s plan to expose him. He tells Yug that Ruhi has planned the fake attack to prove that he isn’t Adi. Yug realizes that the plan is something else, so that they can get DNA test done for him and baby. Karan tells him that this can really happen. He asks Yug not to let this happen at any cost. Yug wants to fail Ruhi’s plan.

Karan plans to kidnap the baby so that Ruhi can’t get the DNA test done. He hires the real goons who really attack the baby. Ishita and Raman try to stay away and see the attack happening. Yug fights with the goons to save the baby. Raman asks Ishita what’s happening since the fight looks real. Yug gets hurt in the fight because of real goons. Raman goes to his rescue. Yug manages to save the baby. The goons flee. Ruhi scolds Ranbir and Vishal for coming late. They see Yug and get happy to meet him.

They prove Yug’s identity to everyone. Ishita gets glad to see them. She asks Ranbir why did he lie to them. She reveals how Yug is troubling them. Yug is left with no option than to deny his friendship with his friends. Aaliya gets blind in Adi’s love. She doesn’t want to believe the truth. She asks them to accept him as Adi for the sake of her happiness. She believes Adi has come back for her love. Yug breaks his silence and lies to them, that he is Adi.