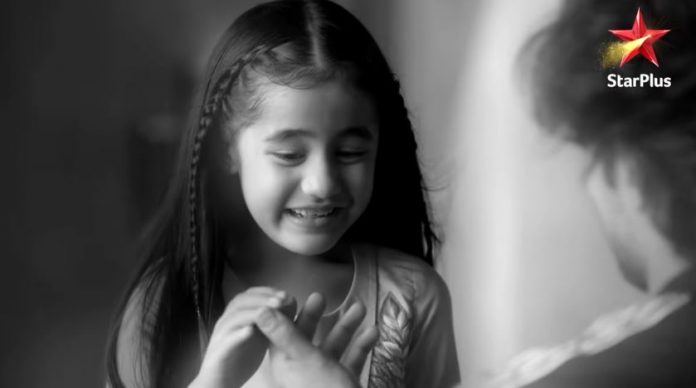 Kulfi Kumar Ishqbaaz and more. Kulfi gets punished by Amma. The kids fool her and make her commit more mistakes, so that she gets further punished. Kulfi doesn’t realize their plans and believes them everytime. Amma gets angered on Kulfi’s mischief. She appoints Kulfi as the monitor so that she can divide the budding friendship and rule over everyone. She doesn’t want Kulfi to befriend anyone. She asks Kulfi to stay away from the kids and try to reform them. Kulfi gives her word that she will keep an eye on the kids and manage their activities. Sikandar tracks Kulfi by reaching the taxi service. He reaches the remand home to find Kulfi and gets moved by witnessing a shock.

Shivaansh gets troubled by his illness. Mannat supports him. They get Varun’s phone and learn that he got Aditi and Mannat’s Chachi in his plans as well. Shivaansh can’t believe that ACP Aditi was involved in Varun’s plans. They confront Chachi and learn that she has really supported Varun. Shivaansh spies further to know the truth. Chachi tells him that Varun was curious to get his will and attacked Radhika to get the locker with him. Mannat tells him that she had warned about the locker theft before. He understands that Mannat is innocent and did everything for saving Munni.

He threatens Chachi and asks her to admit all her crimes. He reveals what all she did for Varun. She swears that she didn’t steal anything from his safe. Mannat also reveals how Varun had blackmailed her. Shivaansh says Varun made you ruin the consent form for my medical surgery, he wanted me to die after the marriage, so that you get my property and he snatches it from you. He understands Varun’s entire plan. Mannat tells him that Varun had been eyeing his property and married Radhika just for this. She says I have always tried to reveal the truth. He feels guilty after realizing this. He wants to stop Varun from winning. Varun returns in their lives to ruin them.

Ishq SubhanAllah: Kabeer and Zara get at peace after getting Elena married to Aamir. Kabeer apologizes to Zara, since she has proved herself right once again. He feels he has to learn a lot from her. He supports her thinking. They have a cute romantic moment. They are very happy and celebrate Kabeer’s success. Zara’s dad wants Kabeer to manage his work in his absence. He asks Kabeer to take the position of Chief Qazi until he returns. Shahbaz feels its a big opportunity for Kabeer. He wishes Kabeer and asks him to do well. Kabeer gets overjoyed and takes their blessings. Zara gets chocolates for Kabeer and wishes him for his new success. Sameer meets Zeenat and Kashan. He slaps Kashan and scolds them for failing their plans. Sameer gets mad for Elena. He wants Elena at any cost.

Sahil and Vedika have a wonderful time on their honeymoon. He plans a special date for his ladylove. Vedika loves Sahil as much as he loves her. They both take selfies. He feels they deserve some quality time together. Vedika likes the beautiful surprise. They meet with an accident on the way. Sahil was saving a lady and baby, who come in front of the car. Vedika finds Sahil unconscious. She tries to wake him up. Sahil gets conscious and asks her if she is fine. They have a moment of care. Sahil feels someone’s bad sight has caught them again. He looks for the lady, and finds her missing. He suspects someone’s foul play. Sahil and Vedika reach the hospital to get immediate aid. They stay happy as long as they are with each other.

Main Maayke Chali Jaungi: Jaya gives her nod to Dhruv for their marriage. Dhruv gets happy that she has accepted his proposal. He thanks Jaya for giving him much happiness. She surprises him by her sudden decision. Dhruv wants her to confess love to him. He doesn’t want Jaya to have Samar in her heart. Dhruv’s mum likes Jaya, but doesn’t want Jaya’s past to trouble them. She asks Dhruv not to marry Jaya. Dhruv tries to convince his mum.