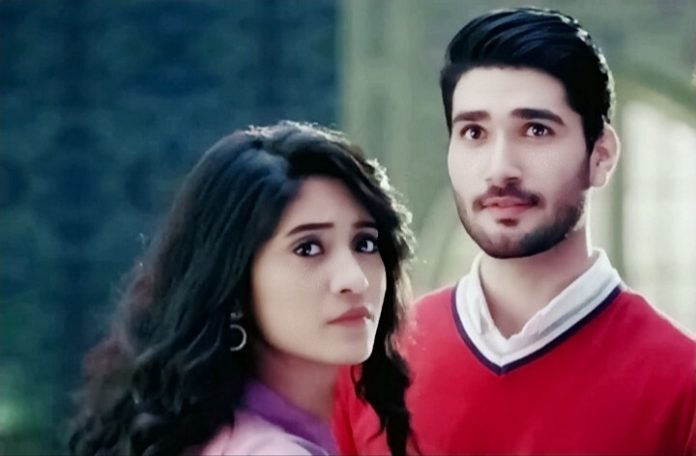 Yeh Rishta Ishq SubhanAllah: Kabeer meets with an accident. Amaan is with him in the car when this accident occurs. Amaan stays unharmed. Amaan finds Kabeer wounded and asks him to please get up. Kabeer gets conscious and gets a huge shock on seeing the car slipping down the cliff. Amaan falls out of the window when the car subsides more. Kabeer holds Amaan’s hand and doesn’t want him to get hurt. Kabeer falls in danger while saving Amaan. He saves Amaan and he himself falls in the cliff. Zara reaches there to save Kabeer and Amaan. Zara first saves Amaan and then arranges a rope to pull Kabeer upwards. Zara succeeds to save Kabeer’s life with difficulty. They have no idea that this accident is someone’s conspiracy to kill Kabeer. He tells Zara that he had picked Amaan from school and was driving home, when some truck has hit his car from behind.

Ghatbandhan:
Raghu wants to be with Dhanak. She ignores him. Maya follows Raghu and reaches the temple. They are preparing for Shiv Parvati play. Dhanak and Maya get into an argument. Maya steals something and hides from Dhanak. Dhanak gets spying on her, after suspecting her. Maya wants to frame Dhanak’s family in the theft.

Internet Wala Love:
Jai and Aadhya finally get engaged. They dance in their engagement ceremony. Their love has finally succeeded. Everyone dances and is happy for them. Rupa and Shubhankar bless Jai and Aadhya. Karan and Ragini are targeting Jai to create troubles in his family. Karan appears very happy for Karan. Jai and Aadhya have a dance. PK learns Karan’s truth. He wants to know Karan’s evil plan against Mittal family. PK returns in the party to expose Karan. He wants to get a proof against Karan. Jai is unaware of Karan’s evil intentions. Karan has planned a magic show in the engagement to give them a shocker.

Sitara finds Vrinda doing a drama to kill Viraj and his family. Sitara protects Viraj’s dad. She stands against Vrinda and her aunts. Vrinda challenges Viraj’s dad for shooting competition. She thinks this is a good chance to kill him. Sitara rushes to save his life. She doesn’t want her mum to harm humans. Viraj gets impressed with Sitara. She asks Vrinda to shoot any moving thing instead any human. She throws a new challenge to Vrinda.

Sahil and Vedika come back home, after the minor accident. Badi Amma keeps a puja at home. She gets troubled by Puneesh. Sahil and Deepak expose Puneesh. They realize how Puneesh has been blackmailing Vedika and harming her children. Badi Amma slaps Prachi as well, since she has supported Puneesh. Puneesh admits all his crimes when he gets exposed. Vedika supports Badi Amma. She assures Badi Amma that things will get fine for them. Sahil gets Puneesh arrested. There is a new drama amidst the puja happening at home.

YRKKH:
Kartik and Naira celebrate their anniversary without any planning. Kartik was going to propose her, knowing her feelings for Sid. Kartik feeds her the cake and also hands over the roses to her, to uplift her mood and put her at ease. He prays that she remembers everything by his efforts. When Naira comes home, Naksh rages in anger. She meets Goenkas who had come to talk to her. Goenkas want to tell her the truth about Kartik and take her home. Naksh doesn’t listen to them. He tells them that Naira doesn’t remember them at all. Naksh lies to Naira and asks her to go to her room straight. He vents anger on Goenkas and asks them to leave from Singhania house.