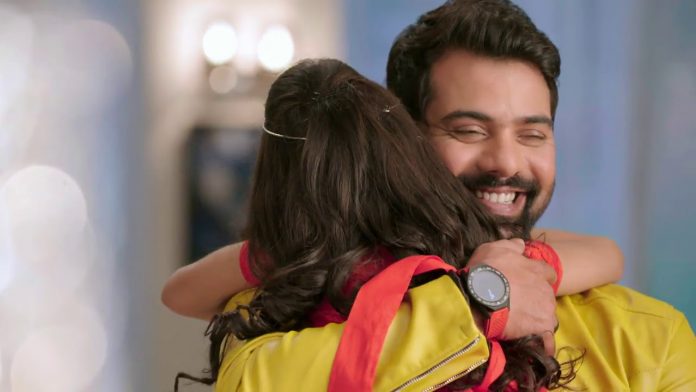 Kumkum Bhagya Kiara in danger: Abhi thinks the kidnapper is near as the walkie talkie is getting disconnected. Police come to the place where kidnapper called Abhi. Abhi gives the money to Nikhil’s goons, but Police also reaches there. Nikhil gets angry and calls Abhi. He tells that he is very much angry and wants to kill Kiara rather than his goon. Abhi shouts no. Nikhil asks Abhi to keep his tone low and accuses him of playing the game with him. Ashish tells Abhi that kidnappers don’t leave the child even after taking the money, and says I sent Police there so that they catch the kidnapper. He clarifies that everything was done for your daughter. Abhi questions him did I get my daughter. He says that man who knew about the address is killed and asks whom to ask you or your police force about Kiara now. Pragya goes in shock. Aaliya tries to calm down Abhi.

Rajaa Beta: Gomti plays a big conspiracy against Purva to break her strength. She tells everyone that Purva yearns for her runaway lover 24 hours even after she is married to Vedant now. Dadi shouts at Gomti and doesn’t believe her words. Gomti says I know you will not believe me so I have the proofs.

She plays the recording in which Purva tells Gomti that she can understand her pain as she herself went through the same pain and was waiting for Rahul at the mandap, but he didn’t come, so I went through the same feelings and understand your pain. When Gomti asks, Purva tells that she misses Rahul. Vedant is shocked. He takes Purva’s side like always and tells Gomti that she shall not try to manipulate things for her advantage.

Tujhse Hai Raabta: Kalyani tells Malhar about the alliance for Anupriya. She tells him about Yogesh Bhai liking Anupriya’s profile. Malhar tells her that he doesn’t trust her choice and that’s why he will come to meet the prospective guy Yogesh. They come to Yogesh’s house and see knives on the table in the house. Malhar asks Yogesh about his job info. Yogesh asks him to tell if they want someone to vacate the house. He asks them to get the girl (Anupriya) ready and says I will finalize everything tomorrow.

Malhar and Kalyani are shocked and don’t like Yogesh for Anupriya, but find trapped by him. Aao Saheb comes to Yogesh’s house to deliver the sarees. Yogesh tells about his alliance to get fixed. Aao Saheb asks about the bride and congratulates. Yogesh tells that she belongs to Deshmukh family and is about to show the pic, but it falls down. Aao Saheb misses seeing the pic.

Kundali Bhagya: Prithvi tells Sherlyn that he thought Billa will take his name and expose him to be the mastermind, but I shocked him and locked him in the box. He says when Billa kept gun on my forehead, I thought I will die. Kareena hears Prithvi talking to Sherlyn and gets shocked. Prithvi adds that Billa took a U-turn and called Monisha as the mastermind, and then Police arrested both Monisha and Billa. Kareena confronts Prithvi knowing he is the mastermind and threatens to tell everyone. Prithvi tries to harm her.