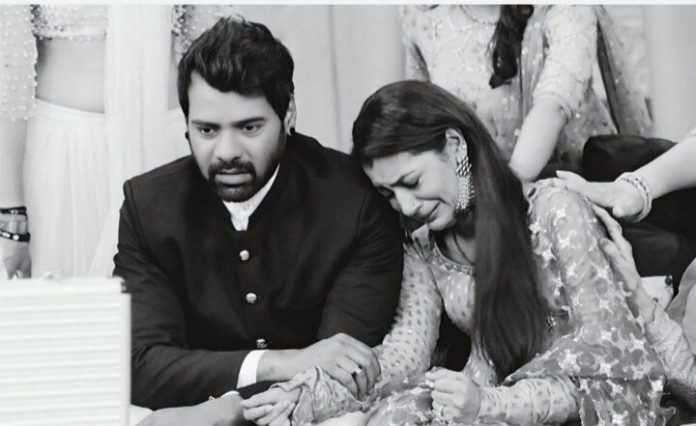 Kumkum Bhagya Upcoming Shockers. Goons get raged when they learn that Abhi has informed the police. They want to find some solution to get past the police and Abhi. They instruct Abhi to get down his car and change his vehicle so that they don’t get trapped. Abhi obeys their orders just for the sake of Kiara, The goons ask Abhi to keep the money in their car. They demand Abhi to head to the shopping mall to change their clothes. Abhi does as the kidnapper tells him. Police tracks Abhi’s car and realizes that Abhi has left by following the kidnapper’s command.

The kidnapper changes his location and also guides Abhi to the new location to get saved from the police. Abhi meets the kidnapper’s aide and asks for the address where he can find Kiara. The goon refuses to give him any address. He flees when the police reaches there. He tells Abhi that he doesn’t know anything. He flees with the money. Police shoots down the goon. Abhi asks the goon to tell him about Kiara. Inspector confirms the goon’s death. Abhi asks him why did he shoot the goon, how will blackmailer take revenge on them now.

He gets angered knowing Ashish has sent them. The goon gets killed by police. The kidnapper gets raging on this news. Abhi slaps Ashish and beats up for risking everyone’s life by involving police. Abhi tells Pragya and family that police has shot the goon and now kidnapper won’t spare Kiara. He gets scared thinking of the huge risk. He tells Pragya that he failed to find Kiara because of Ashish.

Ashish tells Abhi that if the kidnapper has the money bag, they can track them. He asks Abhi to understand that the risk will always be there, he was just securing Kiara. Abhi tells him that he can’t find Kiara any way. Pragya gets stressed. Everyone cries for Kiara. The kidnapper gets angry on Abhi for tricking him. He feels their plan didn’t fail since they still have Kiara. He plans to show his anger on Abhi. Abhi feels sorry that he isn’t able to save his daughter. The kidnapper calls Abhi to threaten him. He asks Abhi to obey his rules if he wants to get his daughter back.

He threatens of killing Kiara. Ashish tells Abhi that its probable that they will kill Kiara after taking the money. Abhi sheds tears while missing his daughter. He wants Kiara back at any cost. Abhi feels the kidnapper is doing this for revenge. He doesn’t want to give money to kidnapper. He wants to hatch a plan to get Kiara back. Meanwhile, Kiara innocently seeks help from a goon. Abhi announces that he will give the money to anyone who informs him about Kiara. He wants the kidnapper to obey his rules, else repent for his own actions. Abhi wants to play the same game as the kidnapper so that he can sense out what the kidnapper wants to do exactly. He appeals to the media and public to help him find his daughter by passing out any crucial information they come across.