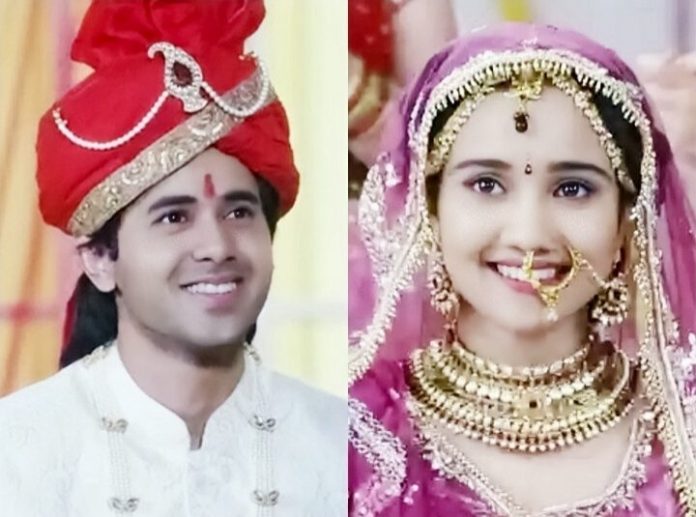 Yeh Un Dinon Shakti Roop and more. Internet Wala Love: Karan determines to take revenge from Jai. He throws the knife at Jai’s pic and swears that Jai will not get engaged, but will get humiliated. They throw a letter wrapped in the stone. Jai reads it that he will reap what he had sowed. Karan tells Ragini that they are not alone against Aadhya and Jai’s alliance, but there are many and the list is very long. Aadhya comes up with a plan to know who has written the letter. She asks everyone to write their wishes for them so that it stay together all their lives. All of them write their best wishes for Aadhya and Jai. Aadhya tells Jai that she will match the letter and chit’s handwriting to find out about the guilty.

Yeh Un Dinon Ki Baat Hai: Munna and Pandit sit on the decorated bed. Sameer comes to the room and tries to see Naina’s face and tries to pull the veil, little did he know that Pandit is sitting under the veil and Munna is under the bed laughing and enjoying to tease Sameer. Sameer asks Naina to let him see her face. Munna and Pandit tease him. Sameer gets a shock knowing about the rituals where Naina and he have to stay away for one day.

Shakti: Panchayat’s Sarpanch gives the verdict that Soham shall be handed over to Soumya. Soumya, Harman and Harak Singh’s family are overjoyed when Varun raises his voice and says it is a wrong verdict. He says all the world gets shaken up in front of a woman’s motherly feeling, and if she is a Maasi then it adds it the motherly love. Varun says motherly love and Maasi will be there if she is a woman, but Soumya is a kinnar. Harman and Preeto support Soumya and stand like a shield for her. Soumya is shocked and scared seeing the people’s reaction on knowing her kinnar identity. Panchayat refuses to give Soham to a kinnar. Soham gets snatched from her. Harak Singh and his family decide to support Soumya and fight custody case in court.

Jhansi Ki Rani: Gangadhar gets drowsy and falls down from the house after Janki makes him drink drugged juice. Janki is worried that Ross will expose her true face if Jhansi Royals win the Polo Match. She rejoices when Gangadhar couldn’t get up. Manu gets upset and runs to the playground. She catches her horse on whom Gangadhar was riding to play the match. She sits on it and plays the match with Ross. She makes her first goal and proceeds towards victory. Ross gets shocked seeing Manu making many goals and defeating them in their own game. Manu defeats Ross and his team in front of his own General and asks them to return 11 villages back to Jhansi. Ross fumes in anger to get defeated. Janki finds her decision wrong to choose Manu for Gangadhar.

Roop: Roop manages to get Jigna married Shamsher. Shamsher gets highly disturbed by Roop’s move. Samru makes him drunk. Police come to Shamsher’s house and arrests him. Roop asks what did my Papa do? Inspector tells that he has stolen the illegal wine and sold it too. Roop says my Papa can’t do this. He asks Himani, how she can support her team. He tells that his Papa can’t do anything wrong and determines to prove his innocence. Samru has stolen the wine crates and sold it to trap Shamsher.

Ek Thi Rani Ek Tha Ravan: Rivaaj and Premlatha come to Rani’s house with the shagun. Rani gets mehendi applied to her hand just to find Rukmani. She tells Rivaaj that she will live her life on her own terms. She tells that they are marrying for their families and she will have right on her life for forever. Rivaaj writes his name’s initials on her hand and says I have added my name to your palm lines. Rani gets shocked. She decides to search Rukmani before her marriage with Rivaaj. She searches for Rukmani and is worried for her safety. Rivaaj gets a shock when he finds someone else as his bride instead Rani.