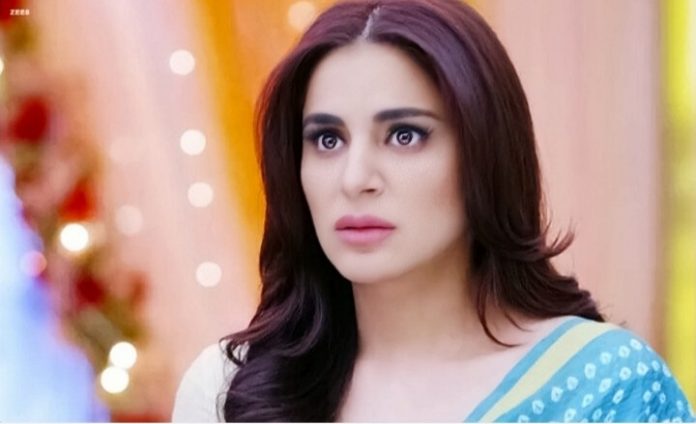 Kundali Bhagya Preeta plots to help Rishabh. Prithvi feels happy go lucky that he got saved once again. He rejoices over the miracle. He shares his happiness with Sherlyn. She tells him that Billa wasn’t ready to spare him, she has saved him by convincing Billa. He asks her how did she save him. She tells him that she knew Billa was with him when she called him, and the she tried to track him. She tells Prithvi how she has got Billa, who wanted to frame Prithvi. She bribed him with money and asked him to spare Prithvi. She has framed Monisha in the super crime. She tells Prithvi that she has given away all the money to save him. He gets grateful to her. He thanks her for all her love and concern.

Sherlyn tells him that she has done this for securing their future, since they are expecting a baby. He doesn’t have any interest to know about the baby. Prithvi avoids the talks. She wants Prithvi to stop being after Preeta. Meanwhile, Preeta and Karan try to talk out and know who is the mastermind. They feel the mastermind is someone else. Kareena is happy that Karan got saved from the fake marriage. They have got rid of Monisha forever. They want to live in peace.

Rishabh tells them that Rithvik doesn’t have any reason for enmity. He shows his belief in Rithvik. The family wants the house to get happiness in the form of a real marriage. Kareena wants Rishabh to marry Sherlyn. She asks Rishabh to give his nod for the marriage and relieve them from stress. Kareena wants to give the good news to Sherlyn. Rishabh sacrifices his happiness for the sake of family again. He feels unhappy with the series of events. Prithvi tries to calm Sherlyn’s doubts. He asks her not to be jealous. He flirts with her. He fools her once again. Kareena tracks Sherlyn.

She is obsessed with Prithvi. She expresses love to him. Prithvi tells her that he feels much lucky just because of her love. Kareena doesn’t realize that Sherlyn is with Prithvi. Prithvi just wants to marry Preeta. Preeta wants Karan to help her in convincing Rishabh.

Prithvi wants to get rid of foolish Sherlyn and his baby. He tries to avoid her. He wants her to marry Rishabh and not fail his plan. Preeta doesn’t want Rishabh to marry Sherlyn, knowing she isn’t a nice person. Sherlyn and Prithvi meet the gynac and learn about Sherlyn’s complicated pregnancy. Sherlyn gets stressed about the baby’s low growth. She realizes the sources of stress in her life.

Preeta tells Karan that Rishabh is very sensible and always understands her points. Karan gets upset when he doesn’t get any compliments. Shrishti tells them that he is also sensible and smart. Karan tells them that they will soon expose Sherlyn. Karan asks Rishabh to postpone the marriage even if he has to go against the family. Rishabh agrees to do this only if Karan and Preeta justify their motive. He owes an explanation to the family elders if he has to make this big decision.