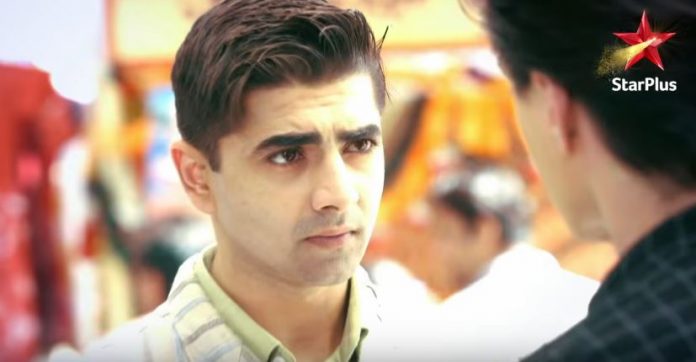 Yeh Rishta Naksh throws a big challenge. Naira wears Kartik’s gifted bracelet and gets happy. Kartik watches her from the window and wishes that their story completes soon. Kirti sees the bracelet and recalls that Kartik wanted to gift the same bracelet to Naira. She wonders if Kartik gifted it to Naira. Naira tells Kirti that her dance class friend Neha has gifted her the bracelet. Kirti finds Kartik leaving from Singhania house. She wonders what is Kartik upto. She doesn’t want things to get more complicated. Naksh shares his heart with Rishabh. Rishabh asks him to share his tensions and sorrow.

Naksh feels everyone hates him and doesn’t understand his concern for Naira. Naksh tells him that he worries for Naira and took a big decision for her life. He knows he is blunt in his actions only to protect her from trauma. He doesn’t want Naira to get more hurt because of Kartik, who just gives her stress. He doesn’t want to tell Naira anything about Kartik. Rishabh gets a huge shock knowing Naira is married to Kartik. He didn’t know this before. After learning about Naira’s past, Rishabh can’t believe it.

At Goenka house, Dadi cries and misses Naira. She wishes she could get Naira back somehow. Dadi wants Kartik and Naira to unite. She is sure that destiny will play its card and one day none can stop them from uniting.

Kirti wants to inform Manish about Kartik. Manish tells her that they will be hiding the arguments from Kartik. Naksh tells Rishabh that Naira’s past will just give her pain. He reveals about Naira’s critical medical state. He doesn’t want to lose his sister. Kartik takes Lav and Kush for shopping. He sees Shiv Parvati and recalls Naira and his play. Naira is also round the corner with her family, and likes Shiv Parvati. She also wants to become Parvati.

Rishabh relieves Naksh’s tensions by telling Naira that he will become her dance partner. Naira and Rishabh bond well. Devyaani doesn’t want Rishabh to become Shiv. Naksh doesn’t want Kartik to come back. Naira wants a perfect Shiv for her. Naksh asks them to pick costumes first and then look for the perfect partner. He wants to do everything for Naira’s happiness. Naira spots Sid and likes to meet him. She calls him to ask him for playing Shiv in the play. Kartik gets happy to see Naira. Before he could go to her, Naksh blocks his way by planting Rishabh. Kartik finds Naira with Rishabh.

He gets angered that Naksh is playing the villain. He confronts Naksh for bringing his wife close to some stranger. Naksh tells him that Rishabh is their childhood friend. He rages on Kartik and asks him to mind his own business.

He asks Kartik to accept the fact that Naira has forgotten him. Kartik doesn’t want to prove anything to Naksh by putting Naira in risk. He expresses his love for Naira. He asks Naksh not to kill their happiness. Naksh tells Kartik that he knows her happiness better. He throws a challenge for Kartik and reprimands his love and betrayal. Kartik asks Naksh not to judge him for his biggest decision. Naksh tells him that things aren’t easy for him as well, but he will cross any limits to secure Naira. He wants Kartik out of Naira’s life. Kartik accepts his challenge and wants to prove his love for Naira.

Naira and Rishabh practice dance. They are old friends and stay comfortable. Naira practices for the Shiv Parvati skit. Naksh is bringing them closer. He doesn’t want Kartik to return into Naira’s life. He is trying to turn Rishabh and Naira’s friendship into love. When Kartik confronts Naksh, the latter doesn’t answer. Naksh asks Kartik to do anything he wants. He says even I will do what I want by my self will, you aren’t any state’s king to decide for everyone. He says its not his concern whom does Naira meet, whoever Rishabh is, Kartik shouldn’t care for it.

Kartik tells him that Naira is his wife and he will definitely be involved in her life. Naira asks Rishabh when did he learn dance, since he was a non dancer. Rishabh surprises Naira by his amazing dance talents. He tells her that just he can be perfect dance partner for her.

Rishabh is helping Naira by giving her a good company. Naira is attracted to Sid, while Rishabh is falling for Naira. Rishabh has always liked her. He has one sided love for Naira. He knows that Naira is married to Kartik. Kartik is troubled and afraid that he will lose Naira, because even Naksh is cheating Naira by lies. He doesn’t want Naksh to take advantage of Naira’s memory loss by changing her relationships.

Kartik and Naira don the Shiv Parvati avatars, and look stunning. Rishabh wants to help Naira achieve her happiness. Kartik scolds Naksh for taking Naira away. Naksh asks him to get lost before he loses control on his temper. Kartik says I didn’t say anything before, but I will not tolerate this. Naksh tells Kartik that he will not spare him if Naira is hurt. Rishabh is unaware of Naksh’s plan. He doesn’t quit even knowing that Naira is married. He wants to please Naira and propose her on the right time. Naira just regards him a good friend. Naira believes what Naksh tells her. Rishabh wants Naira to be happy. He assures Naksh that he will protect Naira from sorrow. Kartik and Naira share a moment when they meet each other in the Maha Shivratri.