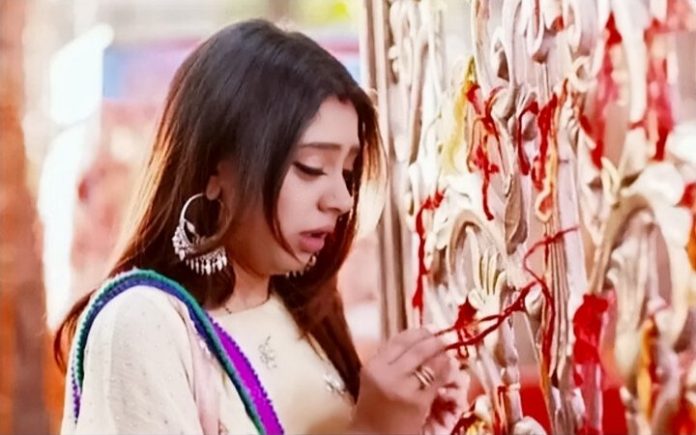 Ishqbaaz Mannat struggles to save Shivaansh. Shivaansh gives the credit to Mannat for bringing the truth and saving their family from an enemy like Varun. He reveals to Nani how Mannat has always supported him. He values her support throughout. Mannat gets the due respect. Nani accepts her as Shivaansh’s wife heartily and wants Shivaansh to accept Mannat as well. She curses Varun for breaking Radhika’s heart. She is sure that Varun will pay for his crimes. Varun comes to his real form and insults the Oberois. He doesn’t value Radhika at all. Sahil slaps Varun for insulting Radhika. Shivaansh wants Varun to spend his life in jail. He wants to know who is the mastermind. Varun doesn’t reveal the name of the mastermind. Radhika sinks in sorrow with Varun’s big cheat. Shivaansh deals with the family’s tension with strength.

He asks Radhika to make a new start for her life and achieve happiness. Radhika apologizes to all of them. Mannat gets happy after uniting Shivaansh and his family. Nandini wants Shivaansh to take care of himself. Mannat asks Shivaansh to cry sometimes and express his emotions freely.

Shivaansh and Mannat becomes the stars of the family. They have a unite family again. Shivaansh falls sick suddenly while he cherishes the good moments with family. This is when they learn about his critical illness. Having reached the hospital, the family hopes that Shivaansh will be fine. Little do they know that a big shock is awaiting them. The doctor reveals that its not possible to save Shivaansh.

Khanna tells them about Shivaansh’s illness. Sahil explains Nani and the promise which bounded him from revealing the truth to them before. The family receives a huge shock knowing Shivaansh is going to die because of a fatal heart. They want Shivaansh to survive some how. Mannat wants her husband to get fine. She goes to meet Shivaansh. She wants Shivaansh to join the family and end their sorrow. Mannat decides to pray for Shivaansh’s long life. He tells her that he is ready to die and accept his fate, but she has to manage his family. He trusts Mannat that she will be taking good care of them.

Mannat explains how important he is for them. He meets his family and wants to see smiling faces. He tells them that he doesn’t like sad scenes. The family cries seeing him. Shivaansh asks Mannat not to waste time on finding any other doctor. He gives her some words of wisdom. He is thankful to her for binding relations with love. He expresses his feelings for Mannat. He apologizes to her for always hurting her. She doesn’t want him to die. She wants Shivaansh to undergo the operation if there is any possibility of his survival. Shivaansh keeps her wish for the last time, while she rushes to struggle and pray for his successful operation.