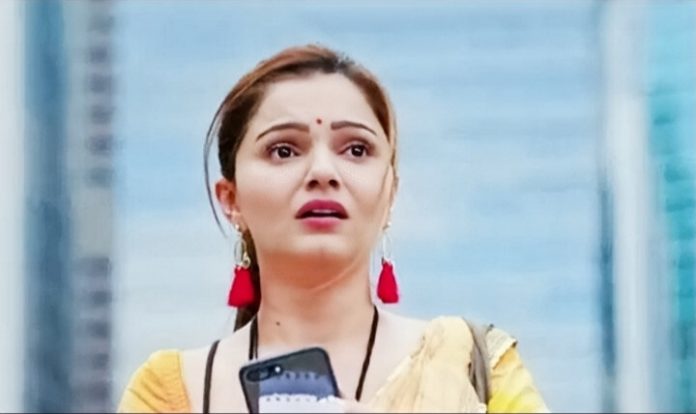 Shakti Internet Wala Love: PK hides from Aadhya about Diya’s kidnapping and tries to arrange money. He attends Jai and Aadhya’s engagement. Aadhya and Jai’s engagement day comes. Jai gets happy seeing Aadhya wearing his mom’s clothes. Karan sees Jai and Aadhya dancing before their engagement. Karan thinks Jai’s engagement day will become the last happiness day for Jai and his family. He keeps an apple on Jai’s head and tells that he will aim apple with an arrow. Rupa gets tensed as Jai stand with an apple on his head. Jai smiles standing with apple on his head. Karan and Ragini’s conspiracy will make Jai and Aadhya hurt.

Shakti: All the neighbors and Panchayat turn against Soumya knowing her Kinnar truth. Sarpanch asks neighbors to snatch Soham from kinnar’s hand and handover him to Varun. He forgets what Varun did with Soham and asks Villagers to kick Soumya out of village and pelt stones on her. He calls Soumya as inauspicious and a curse on society. Harak Singh asks Harman to run with Soumya and Soham. The crowd gets hysterical and throws stones on them. Harman and Soumya try to run. Harman bears the stones on himself and saves Soumya and Soham from their wrath. Saya, Chameli and other kinnars come to their rescue and help Harak Singh and his family reach home.

Villagers follow them and pelt stones on his house protesting against Harman. Harak Singh feels helpless. Soumya apologizes to harak Singh saying she is the reason for all family’s pain, but will not be anymore. She tells that her family will not bear anymore because of her, the villagers want her life so asks him to keep Soham with him and let her go outside. Harak Singh refuses to let Soumya go outside and becomes her shield. All family members support Soumya.

Roop: Roop decides to get back his house in 2 days and challenges Samru. Ishika and Roop dance as the dancers in the neighborhood. Bua comes to the temple. Roop calls her sinner woman to have betrayed her brother and asks her to speak the truth. Bua tells Roop that Samru had sold all the illegal wine and Shamsher was accused. Samru comes to the temple there to spoil Roop planning. Roop becomes more determined to bring Shamsher back with all the respect.

Jhansi Ki Rani: Manu tells Gangadhar about Britishers’ conspiracy. Gangadhar doesn’t believe her and tells that Britishers are his friends. Manu tells him that they are greedy and wants to acquire the village by the cheat. She says they snatched 11 villagers from you before. Gangadhar tells that he had given those 11 villages for business. Manu informs him that cocaine is cultivated in those farms where grains used to be cultivated before. Gangadhar is shocked and questions Ross.