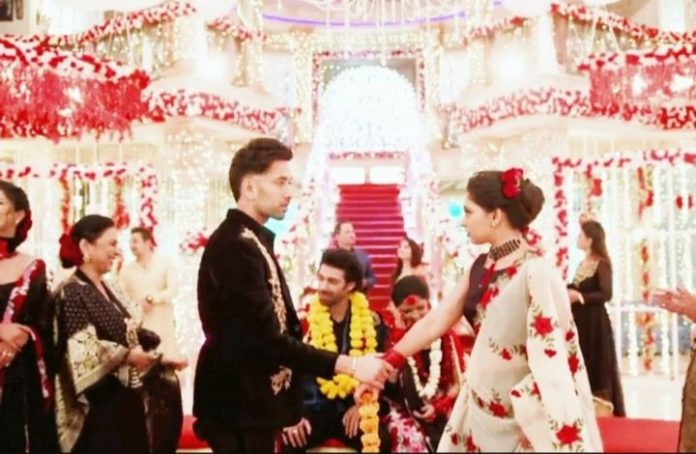 Ishqbaaz Sahil evil truth revealed. Shivaansh tells Mannat that he didn’t wish to marry anyone and ruin her life, since he is going to die, he can’t fulfill her dreams. He asks her to mention anything which he can do to help her, so that he can also die in peace. He promises to do anything for her to pay for his mistakes and fulfill her wish. Mannat tells him that he should go for the operation and follow his heart, be strong and hold courage to survive the operation. She promises him that she will be with him. She asks him to undergo the surgery for the sake of those whom he loves. Shivaansh gets critical. He gives his consent for the operation.

Shivaansh undergoes the operation, while Mannat heads on for the tough rituals of worship. She gets much hurt but completes the rituals. She heads back to the hospital to get a status of Shivaansh’s surgery, wishing that he survives and lives a long life with her and family. She expresses her love for Shivaansh. The family blesses Mannat, knowing she has performed a special prayer and undergone pain for Shivaansh. They are sure that Mannat’s prayer will be fulfilled.

Mannat gets huge happiness when the doctor breaks the good news to her. She gets glad that Shivaansh has survived. Shivaansh resumes his normal life, all thanks to Mannat. He gets busy in his work. Mannat takes care of Shivaansh. Nani is happy to see Shivaansh and Mannat’s love and care. They remind Nani about Shivaansh and Anika. Happiness gets restored in the house just because of Mannat.

Shivaansh and Mannat have a romantic dance. They both realize love for each other. Mannat is happy to get his love. She gets dreaming of Shivaansh. She can’t believe when he turns her dream into reality.

Sahil will be showing his real face. He tells his aide that he is like Kans, if Shivaansh is Krishna. Sahil wants to ruin Shivaansh. Sahil is evil-minded and wants to kill Shivaansh to snatch everything from him. Varun pities Shivaansh who has no idea about Sahil’s truth. Sahil says Shivaansh is innocent to think that he has sent you to jail, but I got you out, nothing can get fine for Shivaansh now.

Sahil and Varun plan against Shivaansh. They wish Shivaansh dies soon. Sahil says Shivaansh will know that you have escaped from the jail, since his surgery, he is getting glimpses of Shivaye’s death, I may fall in danger, it will be good if we take money and run away. He reveals that Mannat and Shivaansh have come closer, and now Mannat won’t go against him. Varun assures him that Mannat will surely do what he asks her to do, since he has kept Munni captive again. He wants to use Mannat against Shivaansh again.