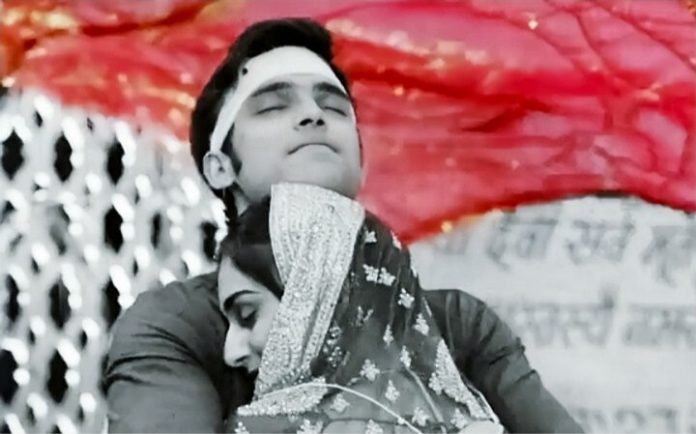 Kasautii Prerna shocking revelation. Anurag doesn’t stay happy since he married Komolika. He takes a favor from Anupam to know Prerna’s welfare. Nivedita wants to push Anurag towards accepting Komolika. She wants Anurag and Anupam to be ready on time, so that post marriage rituals and party don’t get delayed. She finds Anupam creating unhappy wave by his annoyance over Anurag’s marriage with Komolika. Mishka taunts Komolika to know if Anurag has accepted her love. Komolika and Mishka get arguing and taunting each other. Komolika is sure that she will be winning Anurag soon. Mishka asks Komolika not to be over confident. Komolika insults her sister for lacking the charm in her to woo Anurag.

She asks Mishka to stop dreaming about Anurag. Anurag stays silent while performing the rituals. He is asked to fill sindoor in Komolika’s hairline. Anurag refuses to perform the ritual once again. Mohini tries to build pressure on him. Komolika asks Anurag to give sindoor to her hand so that she fills it in her hairline herself. Just then, Prerna arrives with a bang to teach Anurag and Basus a big lesson. She wants to make Anurag realize that he has promised sindoor to her and only she has a right on it.

She stops Anurag from completing the ritual by creating a big scene. She tells his family that she will answer their growing questions. Komolika tries to show off that she is Anurag’s wife. Prerna asks her to get off her way. Mohini warns Prerna for misbehaving with them. Prerna makes a shocking revelation and asks Mohini not to intervene between them. She shows off the sindoor in her hairline and tells them that she is already married to Anurag. When Nivedita interferes, she gets insulted by Prerna. Prerna shows her shocking transformation, which stuns Anurag.

Prerna gets insulting Anurag and Komolika. Prerna tells them that she is Anurag’s first wife, and now Komolika’s marriage with him will not matter. She opposes Mohini, Nivedita and Komolika all alone. She tells them that she will be staying in the house with them. Anupam asks Nivedita to let this happen. She warns him against helping Prerna. He tells her that he will support her if she is right. Mohini shows Anurag and Komolika’s marriage proof to Prerna. She asks Prerna if she has any proof of her marriage. Prerna raises a question and asks Mohini why isn’t Komolika carrying sindoor in her hairline, since marriage can’t be completed without sindoor. She snatches Komolika’s rights by her bold side. She tells them that she will not leave her rights on Anurag.