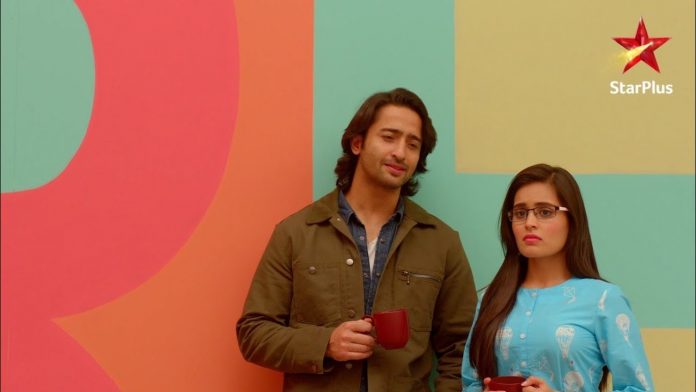 Yeh Rishtey Shaheer first look: Mishti refuses to get married. She overhears the family members’ talk regarding her marriage. She finds them doing the marriage preparations in advance. She asks a simple question, if she will be given some time to understand her life partner before her marriage. The family tries to convince her to meet the guy and agree for marriage. When she refuses, Dadi calls Badshah to come over and convince Mishti. Dadi invites all her friends. The old ladies dance on Badshah’s rap.

Badshah is sure to convince Mishti for marriage. Mishti agrees to get married, only if she gets to know her would be life partner. Everyone tries to explain Mishti how one finds love in a marriage with time. Mishti is worried and uncertain that she will find her true love. Mishti wants to know the person’s real worth, his heart and qualities, rather than deciding by the person’s qualifications and looks. Shaheer Sheikh first look brings his amazing chemistry with Rhea Sharma. He plays Mishti’s good friend, who doesn’t imagine being her prospective life partner.

Internet Wala Love:
Jai and Aadhya’s arguments continue even after their engagement. They start the radio show and talk to listeners. They pull each other’s leg by cracking bad jokes. The matter gets serious when Jai and Aadhya get taunting and insulting each other. Aadhya gets upset and leaves the show. Jai goes to convince her. She asks him to continue his show. He apologizes to her. She forgives him.

Ishq SubhanAllah:
Zara becomes an inspiration. She assists Kabeer, while he becomes the city Qazi. Kabeer takes the decision on Hina’s broken marriage. Zara becomes Hina’s lawyer. Zara wants Kabeer to decide in Hina’s favor and explain her dad. Kabeer tells her that he has to decide as per his position and rules. He asks Zara not to oppose him all the time. He says you can’t do this always, if she can defend Hina, then the case shouldn’t come in Shariah board. He angrily goes home. Kabeer tells the family to ask the matter to Zara. He doesn’t respond to them and heads to his room. Zara wants justice for Hina. Aisha learns the entire matter. She finds both Kabeer and Zara right on their front.

Tujhse Hai Raabta:
Anupriya learns about Kalyani’s mischief. Kalyani tells her that she has called her urgently by lying so that she can give her a makeover. She wants to see which color suits her mum better. Kalyani acts kiddish. She doesn’t lose. She finds red colour. She gives a makeover to Anupriya. She tells Anupriya that from now on, she will wear bright colours. Anupriya gets a modern look. Kalyani clicks her pictures to put on the matrimonial website. Kalyani fails Sampada’s motives. She doesn’t want Atharva and Sampada to hurt Anypriya. She also defends her husband Malhar’s reputation. Kalyani is jealous of Sampada. She will be realizing her love for Malhar. They will find a right match for Anupriya.

Guddan Tum Se Na Ho Payega:
Akshat ends his ties with Guddan. He snatches her mangalsutra. Guddan breaks down when Akshat breaks her mangalsutra and her heart. Guddan was protecting Akshat from Vikram. Durga suspects that Guddan has sent Akshat to the jail. She blames Guddan for cheating Akshat. Vikram traps Guddan. Guddan feels sorry that she has ruined Akshat’s respect by her mistake. Akshat calls Guddan a fraud. Guddan takes care of Dadi. Dadi refuses to talk to her. She doesn’t even take medicines from Guddan. Dadi tells Guddan that she has forgiven her all the time, but Guddan has stabbed Akshat’s trust, which she can never forget. Guddan sheds tears. She keeps her broken mangalsutra and tries to fix it again. Parv taunts Guddan. Her sister blackens Parv’s face and takes revenge on him. Parv threatens Guddan and her sister. Guddan shares her pain with her sister.