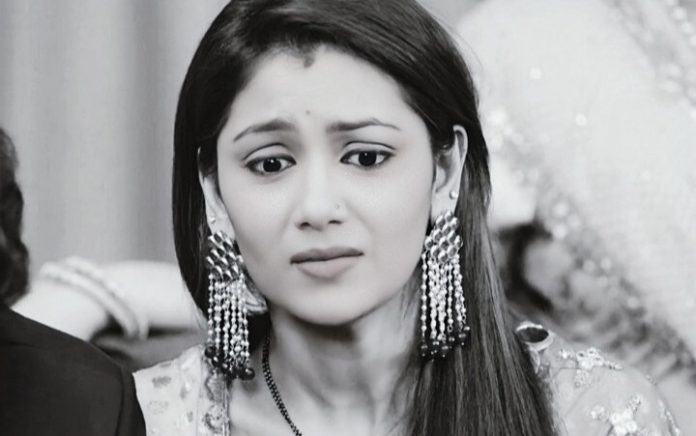 Drama Dose in Kumkum Bhagya: Angel goon/Shetty tries to handover Kiara to Pragya and takes her out, but Nikhil and his goons catch them before Pragya could reach there. Nikhil threatens Shetty. Pragya reaches home upset. King talks to Nikhil and tells him that he gave money to Pragya. He asks Nikhil to take money from Pragya and then meet him, promises to give more money and asks him to handover Kiara only to him. Nikhil agrees but plans to betray King also. King decides to leave for London with Kiara and books tickets for London.

Kundali Bhagya: Preeta decides to expose Sherlyn’s pregnancy with the help of her gynaec friend. Later, Preeta’s dupatta gets stuck in the table. Rishabh frees the dupatta and gives to Preeta. Preeta thanks him seeing dupatta not torn. Rishabh says I told you that it will not tear. Preeta thanks him. Rishabh says I will not let anything happen to your dupatta. Preeta asks so you will handle my dupatta from now on wards. Rishabh says he wants to handle her too. Preeto gets confused to hear his words and thinks what he means. Rishabh loves her and wants to express his feelings.

Rajaa Beta: Vedant tries to tell Purva about his feeling, but can’t tell anything infront of her. He reaches hospital and messages her that he wanted to tell her since few days, but didn’t have the courage. He messages her that he loves her a lot. Pankhudi reads the message on Purva’s mobile and says Di doesn’t love you, I love you. She thinks to deletes the message before Purva reads the message. She deletes the message. Dadi asks Purva about her phone knowing Vedant will message her. Purva comes to the room calling Pankhudi. Pankhudi gets shocked and drops the mobile shockingly.

Tujhse Hai Raabta: Malhar runs to Kalyani and saves her from getting an electric shock. Anupriya gets angry on Keshav for trying to harm her daughter. Malhar gets concerned for Kalyani. Atharv takes advantage of Aao Saheb’s helplessness. He sits as God on the cart and asks her to do his puja, so that he will get happy and give her money. Aao Saheb is forced to pick the coins plate and do his aarti. 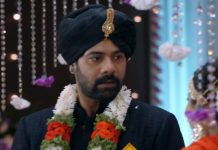