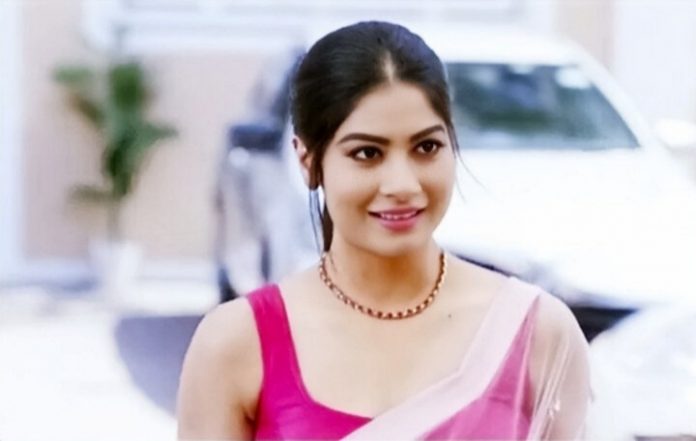 Ishita tells Aaliya that she will be regretting the most when she learns Yug’s truth. She asks Aaliya if she will be happy to know that she was living with a stranger, she has given the advantage of the stranger by believing his lies. She wants Aaliya to open her eyes and see the truth. She asks Aaliya how can she leave them for Yug’s sake. Aaliya tells her that he isn’t Yug. She says its no use since you all don’t believe Adi. Yug is playing with Aaliya’s emotions. He acts good-hearted and tells Aaliya that they won’t be leaving the house. He feels sorry that he has to prove his identity to his family. Yug shows his best acting talents and plays a nice drama to fool Bhallas.

He tells Aaliya that its his bad fate, but he will prove this truth to family. Aaliya gets touched with his gesture. She asks them to believe him, he is Adi. Ishita permits them to live in the house. Yug tells Aaliya that he is happy that he got a place in the house. Ishita doesn’t want Aaliya to go away along with Yug. She wants to expose Yug somehow. What will Ishita plan to expose Yug? Keep reading.

Krishna Chali London:
Veer makes it clear to his ex-girlfriend Shivani that he can’t accept her back after ten years. He remembers her deceive, how she has rejected his love and abandoned him when he pleaded her to not break their relation. Veer is clear that he doesn’t love Shivani. He is confused over his feelings for Krishna. Veer and Krishna have a moment of jealousy. Krishna can’t see him with Shivani, while he can’t see her with Aayan. Shivani is still in love with Veer. Krishna gets upset seeing Shivani romancing Veer. Shivani wants Veer at any cost. Sunaina is sure that Shukla family will never support Krishna and Veer’s relationship. She wants to keep Veer and Krishna away. Veer wants to win Krishna’s forgiveness and trust, since he had insulted her publicly before and lost her friendship.