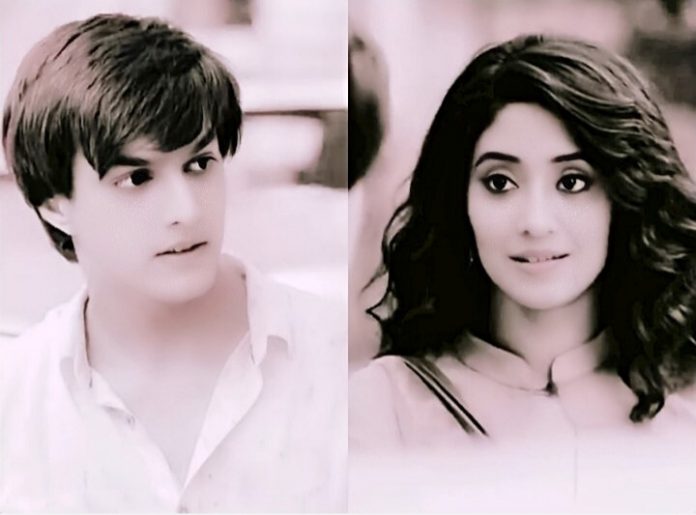 Yeh Rishta Upcoming Secret romance. Naira comes up with a unique proposal for Sid. She is in love with Sid. She shares a moment with him. She meets him at Goenka house. He saves her from falling down the ladder. Things go wrong when he pulls her upwards and they fall inside the room. Kartik and Naira have a cute curtain wrap moment. Kartik asks her why did she come to his house. She feels if she should tell him that she is in love with him. She wants him to understand his on this own. Kartik always saves her from troubles. Their relation is very strong. Naira doesn’t remember their old relation and prays that they have a relationship of love and respect. He tells her that he will always protect her.

He rushes Naira out of the room. He is afraid that she can know their past. He sees Manish entering the room. He takes Naira down the ladder, out of the window, the same way from where she entered his room. He takes her to the car. He tells her that he doesn’t want his family to see her. He doesn’t let Manish see Naira. Kartik knows that Naira doesn’t remember him, and is falling for Sid. Naira wants to be with Sid all the time. She feels happy when he is around. Manish is angry on Kartik’s careless behavior. He wants to make it clear to Kartik, that he has to handle few work projects and not lose himself.

Ishqbaaz: Shivaansh is madly in love with Mannat. He sees Mannat in everyone. He sights Mannat in his co star, waiter, guard Khanna and friends. He doesn’t know what’s happening to him. He realizes that he is in love with Mannat. Shivaansh plans a surprise for Mannat. He gets her on a dinner date. Mannat likes the lavish five star hotel. She is very happy as its one of her dream, which he fulfilled today. She thanks him for remembering her dreams. He gets occupied by his fans and clicks selfie. He gets Mannat along with him, and poses with her. Mannat feels like a celebrity wife.