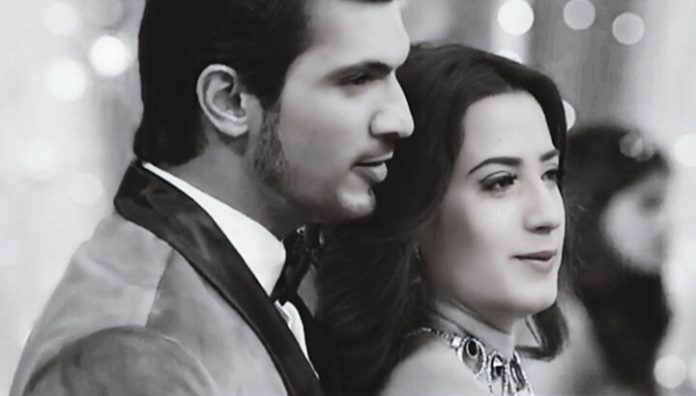 Ishq Mein Marjawa Muskaan Aapke Aa Jane Se: Vedika drags Badi Amma to some dark room. She asks Badi Amma to tell everyone the secret of this room. She tells Sahil that the secret is hidden in the room, and Badi Amma is the only person who knows it. She asks Badi Amma to speak up Kamli’s past. Kamli’s spirit wants justice. Kamli possesses Vedika and makes Badi Amma compelled. Badi Amma doesn’t speak up anything. Ghungroo wants to bring the past truth back. He has done black magic to reveal to everyone. The big truth is that he is Badi Amma’s son. Badi Amma has killed her husband. She has hidden her crime. Vedika doesn’t remember anything done by Kamli. Badi Amma wants to protect Sahil from the tortures. Vedika will know Ghungroo’s truth. She will protect the family from Ghungroo’s madness.

Ishq Mein Marjawa: Deep and Tara have a sword fight. Nethra is tied up by the ropes. Deep senses her. Deep has gone blind. Tara tells him that she will teach him how to fight in blindness. Deep gets bit hurt during the fight. Deep fights back Tara and defeats her. Nethra and Deep come close. Deep wants to find about Aarohi from Nethra. Deep captures Nethra. He wants to get his answers from Nethra. Deep investigates about Aarohi. Nethra doesn’t know that Deep is her kidnapper.

Ghatbandhan:
Maai tries to trouble Dhanak by asking her to cook fish in first Rasoi. Dhanak vomits seeing the fish. She has never prepared or touched fish. Dhanak doesn’t want to lose. She cooks the fishy. Maai forces her to fry the fish. Dhanak is determined and tells Maai what she has learnt in her poloce training.

Kajal spikes Muskaan’s tea in an attempt to malign her image in front of Mrs. Sinha. She wants Muskaan to create a scene so that Mrs. Sinha doesn’t take the decision in Muskaan’s favor. She wants Mrs. Sinha to favor Ronak and her marriage by providing the significance based on her nice behavior and care for the family.

Kajal manipulates Mrs. Sinha’s decision by getting close to Ronak every time. Kajal’s plan goes wrong when Muskaan gets intoxicated and gets revealing Sir ji’s dark world truth to the family. Muskaan reveals to Gayatri that Aarti is killed by Sir ji and also that his crimes are numerous. Gayatri fails to understand what Muskaan wants to say. Muskaan goes on to tell the family that Sir ji is a devil in disguise, and cheating his family by keeping his white image, hiding his black deeds. Ronak doesn’t want his mum to receive any shock by knowing Sir ji’s truth this way. He stops Muskaan from telling the truth that Sir ji’s prime business is to run brothels. Sir ji gets afraid that he will lose it all if Muskaan reveals the truth.