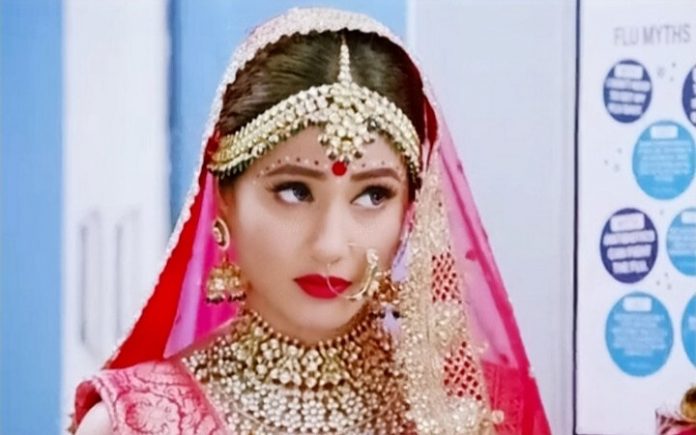 Kasautii Komolika reveals her evil side to Prerna. Mohini gets much furious on Prerna when the latter addresses her as mother-in-law. Mohini doesn’t want to accept Prerna at any cost. She doesn’t accept Prerna and Anurag’s marriage. She tells Prerna that Anurag can never marry a servant like her. She goes on insulting Prerna and then suddenly collapses by tension. Prerna gets blamed by the family once again. Anurag worries for Mohini’s welfare. Nivedita wants Prerna out of the house. Prerna doesn’t deter and claims her rihgts on Anurag. She wants Komolika to accept her defeat and leave. Komolika doesn’t like to accept her defeat and threatens Prerna about her life. She tells Prerna that she will plan her accident or take her life.

She asks Prerna isn’t she scared of her anger. Prerna turns deaf ear to Komolika’s threatening. She stays strong to get her rights in Basu family. Anurag gets worried when Komolika makes her threatening sound high pitch. Anurag learns what can Komolika do with Prerna, the worst case scenario. Anurag wonders why Komolika’s ex-boyfriend had warned him about her before. He realizes that the guy was really right about Komolika.

Anurag remembers that Komolika had attacked a girl before as well in order to win a silly bet with her friends. He realizes that she can do the same thing with Prerna as well. He doesn’t want Prerna to become Komolika’s next target. Anurag wants to keep Prerna safe and away from Komolika. He fears that Prerna will fall in deep trouble in her ignorance. Prerna isn’t concerned about Basu family’s reaction on her stay. She challenges Komolika to do anything she wants. Prerna is ready to adopt any fair and unfair means to get what she wants.

Mohini wants Prerna out of the house. She calls up Veena to insult her and send Prerna back to her house. Anurag gets ready to win Prerna’s hatred once again so that she ends ties with him and goes much far from him, where she can start a new life by marrying a better person and also stay safe from the evil intentioned Komolika. He wishes he could save Prerna from Komolika’s cruel planning. Anurag goes on to oust Prerna from the house, but she swears to stick there and give it back to him.